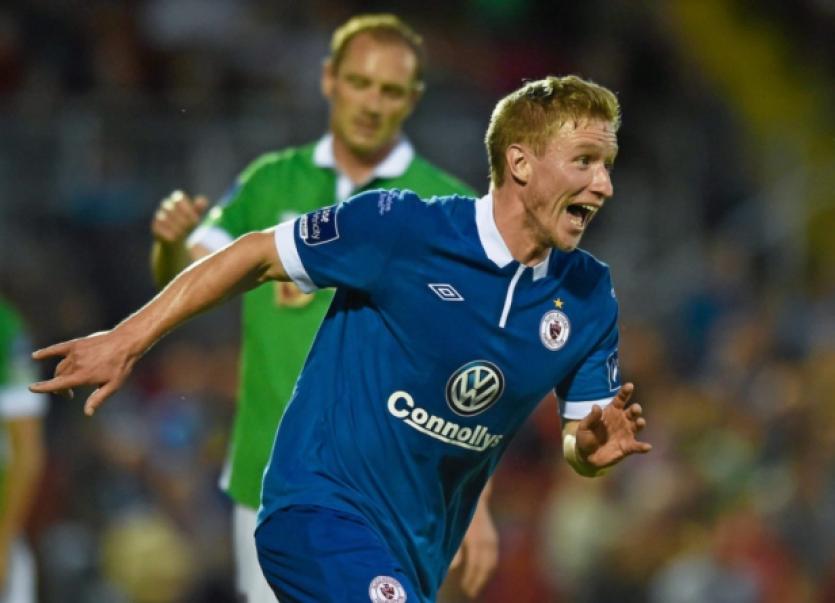 LIMERICK FC has announced the signing of 27-year-old midfielder Paul O’Conor for the 2015 season.

LIMERICK FC has announced the signing of 27-year-old midfielder Paul O’Conor for the 2015 season.

O’Conor said he is looking forward to joining Martin Russell’s Super Blues adding that he hoped the club could push for European qualification next season.

“I’m really looking forward to coming down to Limerick and helping the club push on the next level,” O’Conor said. They had some really impressive results in the second half of the season once Martin (Russell) had come in as manager and I’m sure we will be looking to improve and target the European places next season.

“When Martin called me to sign with Limerick it really wasn’t a tough decision as I spent two and half years with Martin at UCD. I’m well aware of what he expects from players and the type of football his teams play so I am really excited about the opportunity to work with him again.

Speaking about the club’s return to the Markets Field from next season, O’Conor added: “I played in Thomond Park the last couple of seasons and while it’s a magnificent stadium it probably lacked that bit of atmosphere due to its size. The Markets Field has great tradition and history and the smaller nature of the ground should make for a much better atmosphere. With the fans behind us in the club’s traditional home I’m sure our home games will be exciting occasions in 2015 and beyond.”

Limerick FC manager Martin Russell, added: “I’m delighted to welcome Paul to the club for the coming season. Paul is an all round midfielder who can both get forward and offer a keen defensive side to his game. Having worked with Paul previously I’ve no doubt he will be a huge success and a player the fans will really appreciate throughout the season.”