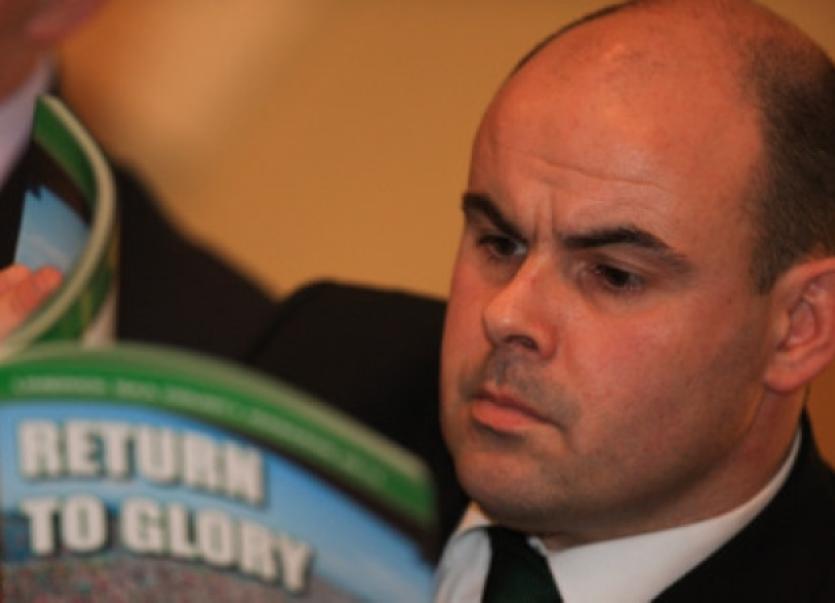 LIMERICK’S new Football Development Group is the “last chance the county has in developing a sustainable future” according to County Board secretary Mike O’Riordan.

LIMERICK’S new Football Development Group is the “last chance the county has in developing a sustainable future” according to County Board secretary Mike O’Riordan.

In his report to Sunday’s Annual Convention the Limerick GAA secretary warns of the need for football development.

“If this is not successful I would suggest a review of the future football would take place. I am sure that John Cregan and Muiris Gavin will insure the new football departure will be successful,” said O’Riordan.

He outlined: “This year saw a new departure in Limerick Football with the establishment of the Limerick Football Development Group consisting of Muiris Gavin chairman, Colette O’Grady, Gerry Phillips, Eoin Ryan, Garrett Noonan and Mike O’Riordan. Paul Kinnerk and Darragh Droog have been appointed to run the underage development pathway for our underage development squads. We are very fortunate to have many experienced people at the helm. Many former Limerick greats are involved in coaching theses squads and I thank them sincerely for their time. I hope all the County Football Clubs support this initiative. Many thanks to Jimmy Browne in LIT for use of their facilities with regard to the project”.

O’Riordan said that Limerick’s Munster 3-15 to 0-8 U-21 football defeat to Cork confirmed the need for urgent football development work.

“Having travelled to Pairc Uí Rinn for this game and witnessed this performance, it confirmed we need a major overhaul of our underage system. The Panel have to be complimented on their efforts but unfortunately the lack of underage development has put this team at a disadvantage and Cork won this game at their ease,” said O’Riordan.

The secretary complemented the senior football team retaining their status in Division Three. “Consolidation there next season in reality would be progress given the potential retirements of some of our senior players before the start of the new season,” said the secretary.

“The senior footballers didn’t take part in the McGrath Cup this season which I think was a mistake as they went into the league cold whereas Sligo had a number of games in FBD League prior to the first round. This was a game Limerick should won but unfortunately didn’t. Longford travelled to the Gaelic Grounds for the second round and there was a marked improvement with the home side winning by six points.”

The secretary also had some praise for the county junior football team.

“Even though this team didn’t burden themselves with a lot of training they produce two outstanding performances against Tipperary at the Gaelic Grounds coming away with a three point win. In the semi-final they travelled to Cork to take on a much fancied home side. They brought the game to Cork and narrowly lost out by two points.”

“The County Football gates is an area that will have to considered given the decrease in figures again in certain grades,” he reports.

Overall, gate receipts were up througout club games in 2014.

“Gates thankfully have increased this season even though the County senior hurling semi-finals and Final were well back on last year. The County Final being deferred on TG4 didn’t help.”

He also outlined: “There is an increase in the cost of our County teams in particular our football teams with an increased back room team at senior football level and the minor footballers partaking in the Leinster League resulting in lot of away games.”