Foley: Munster win in Clermont would be ‘outstanding achievement’ 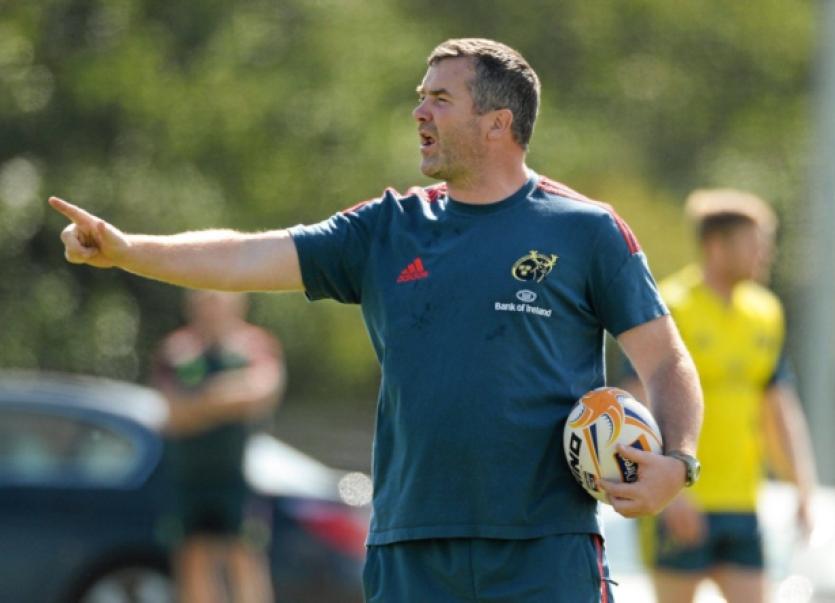 MUNSTER head coach Anthony Foley said it would be ‘an outstanding achievement’ if his charges were to defeat Clermont Auvergne in their crucial round four European Champions Cup at Stade Marcel Michelin this Sunday, 3.15pm Irish time.

MUNSTER head coach Anthony Foley said it would be ‘an outstanding achievement’ if his charges were to defeat Clermont Auvergne in their crucial round four European Champions Cup at Stade Marcel Michelin this Sunday, 3.15pm Irish time.

Clermont are long odds-on favourites at 1/5 with the bookies to back it back-to-back wins over Munster, with the Irish province on offer at 100/30. The French Top14 side currently lead Pool 1, a point ahead of both Munster and Saracens.

Anthony Foley said: “It would be an outstanding achievement for this group (to win in Clermont). It’s something that we haven’t really looked at in terms of the finish, the goal; we all know what the goal is. It’s about getting the little nuts and bolts in line along the way to make sure that you can achieve that. I’m sure that we can talk about that after the game hopefully. I’ll let you know then where it ranks. At the moment we are still in the process of getting our heads right and into a place where we can produce that performance.

“We’re all hurting. Nobody wanted to lose at home last Saturday. It’s not something we accept as a norm. You mightn’t even need to train this week. These fellas want to get back out and have a go. There’s no guarantee that will get us the result on Sunday. Hopefully we can get something back on them because they definitely did a number on us on Saturday.

“It’s small things around everything we do and how we prepare for the game. The quality of player we have it’s more a conversation. They know what went wrong, they self analyse the game, they’ll go through their own roles in it. There are no hiding places in here. We just need to be very precise in what we are doing. Do it at a tempo and a pace we are very comfortable at doing.

I am looking forward to it. I was looking forward to the last game as well! When you play sides like Clermont, Saracens, Sale you look forward to the challenge of the occasions and the tactical battle. Unfortunately we came out second best in that last weekend. We have a chance to rectify that this week and go down there to a very intimidating, passionate ground; something similar to what we have here in Thomond Park and produce a performance.”