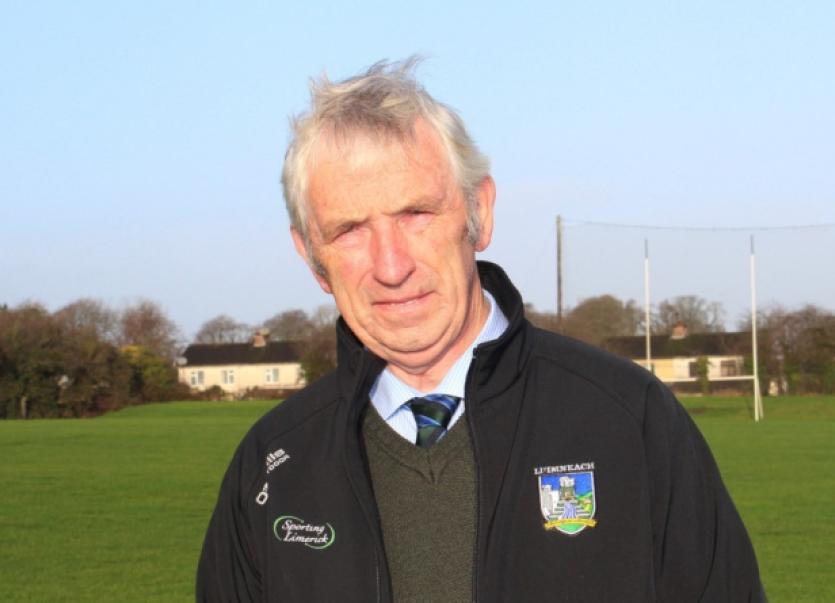 The comments from the Patrickswell man came minutes after he saw off an election challenge at the Annual Convention of Limerick GAA this Sunday in the new facilities of Ballylanders.

It was the first time since December 1996 that a sitting chairman was challenged but Mann was returned with an emphatic 207-95 success over challenger Pat Heffernan.

“We need to work together in a sense of unity,” declared Mann.

“I have always stated that there is strength in unity and the only way forward is on a united front,” said Mann, who now enters his third year as County Board chairman.

He said that success for Limerick hurling was getting ever closer.

“Having failed narrowly in 2013 to win league promotion unfortunately 2014 was no different. I have no doubt that 2015 will see a major effort being made to remedy the situation,” he said of TJ Ryan’s seniors.

“I have no doubt that a number of these minors will progress to playing adult hurling with Limerick. It was good to see so many of them perform with distinction with their Clubs in the local championship,” said the chairman of successive Munster minor crowns for Limerick.

He called on the Munster Council for a change of fixture policy.

“Despite being beaten at the first time of asking our U-21 and Intermediate teams performed well. Going forward I would hope that Munster senior and U-21 games can be scheduled to allow for more than a three day gap between games, ten days would be more appropriate in my view if possible,” he outlined.

“Our U-21 and Minor footballers despite the best efforts of all involved, players and managers were shown to be off the pace at inter county level. In my address to last year’s convention, I suggested that one of the main aims of the football committee should be the development of football at underage level. I am glad to report that the committee has established an implementation group for football to mirror the one already in existence for hurling and I have no doubt that this body under the direction of Muiris Gavin and Paul Kinnerk supported by John Cregan and his officers will in time provide a conveyer belt of young footballers for this county,” said the chairman of the new football development strategy.

“Limerick GAA is fortunate to have so many teachers in our various schools both Primary and Secondary who promote our games. This year saw West Limerick Colleges compete for Harty Cup and Corn Ui Mhuiri which they did with a great deal of credit. A word of caution however the Munster colleges council are opposed to amalgamated teams and it will be a battle to have them allowed in the future but it is imperative that this board gives all the support it can to have them retained.”

He paid tribute to Rory Kiely, who departed the County Board after 44 years service.

“Rory is known and respected all over Ireland. He is also a great man for geography. Having travelled in the same car as him on a number of occasions one could only marvel at his knowledge of roads, byroads and passages you certainly would have no need for sat nav when Rory is on board. On behalf of Limerick GAA I would like to take this opportunity to wish Rory well on his retirement and thank him for his many years of sterling service to Limerick GAA.”

Elsewhere at the convention there was one more election with Liam Lenihan and Frank Reidy getting the two Munster Council delegate roles at the expense of out-going delegate Mickey O’Sullivan.

Claughaun’s Liam O’Sullivan becomes the new vice-chairman as Pat Heffernan didn’t stand for the role he held. O’Sullivan’s former role as Development Officer is to be filled by Croom’s Seamus Twomey.