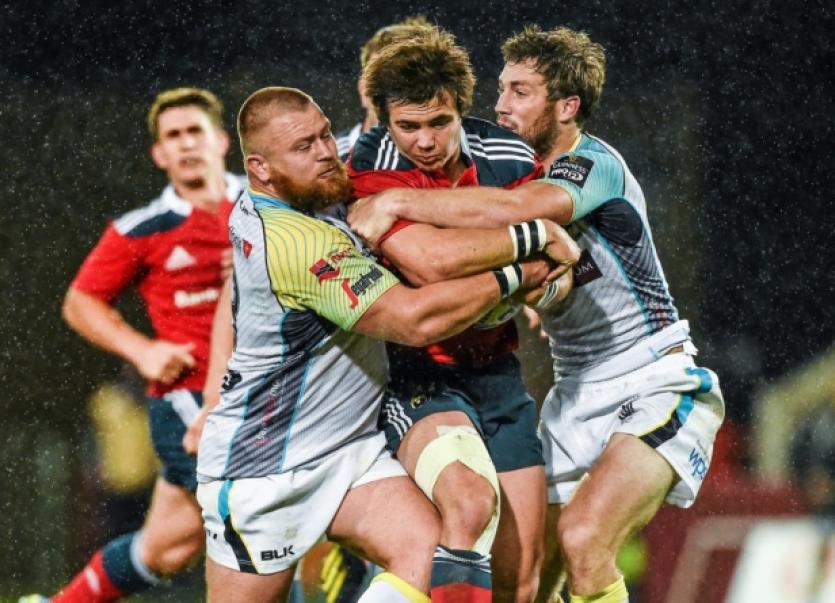 MISFIRING Munster will be looking to record a first win at Lansdowne Road in eight years when Anthony Foley’s side face Leinster in a crunch Guinness PRO12 tie at the Aviva Stadium on Saturday.

MISFIRING Munster will be looking to record a first win at Lansdowne Road in eight years when Anthony Foley’s side face Leinster in a crunch Guinness PRO12 tie at the Aviva Stadium on Saturday.

Munster’s last win at the venue was the province’s 2006 Heineken Cup semi-final success. Foley’s charges suffered their second home defeat in the opening four rounds of the PRO12 against Ospreys at Thomond Park on Saturday night.

Head coach Anthony Foley said: Look, even if we won tonight (v Ospreys), there would be pressure on getting a result next week (v Leinster) and that doesn’t change anything. Local derbies, as you would have seen last week-end with Connacht and Leinster are feisty affairs.”

Foley admitted Munster were struggling to make Thomond Park into the fortress it once was.

“We don’t want to lose at home, so we’re obviously about that and it’s something we want to rectify next time out against Scarlets.

“We’d never have banked on losing at home . . . . like most teams, we want to make Thomond Park a fortress and we haven’t done that yet. It’s not for want of effort, there were fellas out there pounding their line but it didn’t happen for us and that’s not down to lack of effort. We’re at the wrong end of small margins at the moment.

“We’re three weeks away from a European Champions Cup game, we’re trying to build up a head of steam for that and tonight is not what we were looking for.

“There’s no point in ranting and raving, in giving out to people when you see they are giving everything they have. I trust in them and hopefully they trust in me.”

Foley said their defence and discipline were two positives the side could take from Saturday night’s defeat to Ospreys.

We have defended very well since the beginning of the season. We have conceded very little. Tonight, I thought our line speed was good, thought we could have done a little better in the turnover stakes. Their try was well worked but aside from the boys defended well and our discipline was good as well.

“Our biggest concern is where we are playing the game. We don’t need to spend that much time in our own half, don’t need to give the opposition the leg up they’re getting at times. We’re going to work on where we play the game, it’s not just the half-backs, it’s everyone. That will happen over the next few weeks.”