Robin learns to cope with raised expectations at Munster 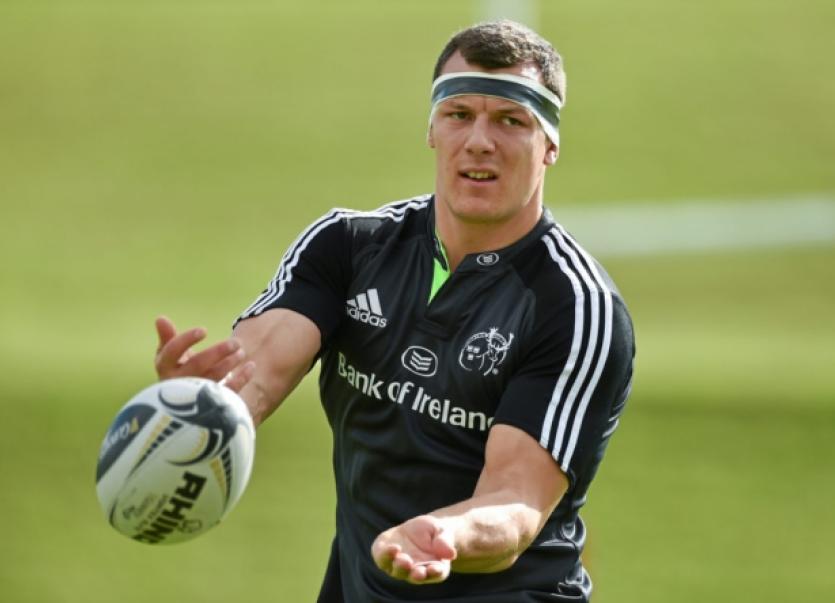 Copeland, who joined Munster from Cardiff Blues during the summer, is likely to be pitting his wits against Leinster and Ireland number eight Jamie Heaslip in Saturday night’s glamour Guinness PRO12 clash between the Irish provinces at the Aviva Stadium, 6.30pm.

Copeland said: “Results are one thing and expectation is one thing but I don’t think we’re far off where we need to be. The games we have lost there hasn’t been much in it and it’s just those tiny little details. We have the players, the structures and the game plan to put it to any team.

Maybe we are two or three per cent off and once we get that final click we’re going to really start playing some good rugby. I think it’s all there.

“There is no time to just wait for it to happen, but that is not what this club is about, waiting for things to happen. There is a culture and there is players and the coaching staff here who don’t accept those kind of things.

“That changing room (after the Ospreys game), I wasn’t involved but I walked in and it was like a morgue after the players came in. There was a lot of angry, upset, disappointed players in that room who knew they had let the jersey down. It was like a morgue in there.”

Asked for the main difference between the outlook at Munster compared to Cardiff, Copeland said his current side displayed a greater level of expectation.

“In Cardiff it was ‘lads we need to get to top six in the league and get to a Heineken quarter-final.’ That’s our main goal, that’s it. Here it’s how are we going to win the league what do we need to do that, how are we going to get through to a Heineken Cup semi and then onto a final. They are the different goals and different aspirations at this club.

“I was like it’s a bit arrogant to say well how are we going to win the league but it’s not arrogant, it’s an expectation. It’s where this club historically has been and where it needs to be. There are no easy games in this league and in Europe.

“We can’t let games slip by like the weekend, especially at home. But the culture is different. The main difference is what is the expectation of the club and where do they see themselves being, what’s a successful season for us compared to where I was last year.”

Copeland says he will concentrate on his own game when coming up against Jamie Heaslip this weekend. “I’m trying not to think about him, or them too much in specifics.”