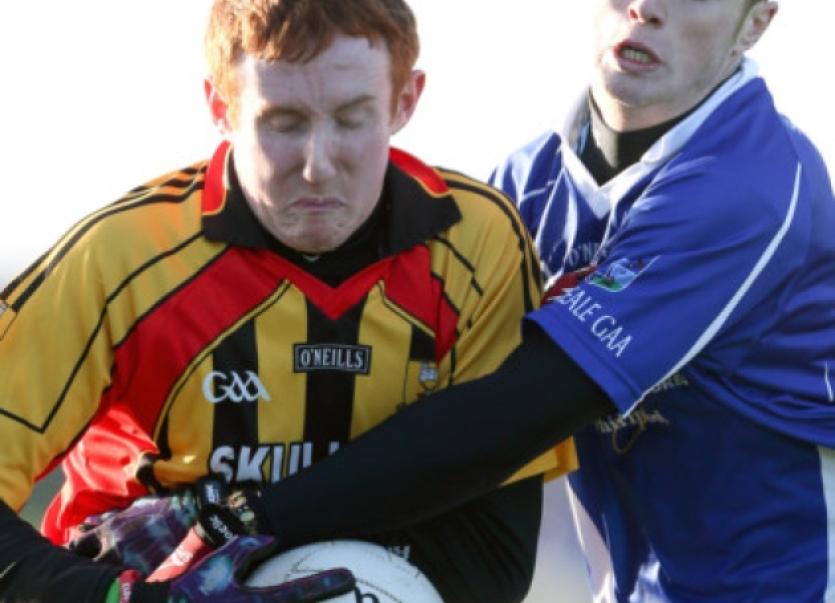 RATHKEALE’S St Marys Sean Finns are to appeal after they were dramatically thrown out of the Limerick U-21 premier football championship.

RATHKEALE’S St Marys Sean Finns are to appeal after they were dramatically thrown out of the Limerick U-21 premier football championship.

Just four days before the eagerly awaited replay of the county final, the club were penalised for playing an illegal player.

The Rathkeale club are scheduled to play Dromcollogher-Broadford this Saturday in Mick Neville Park in the replay of the Limerick U-21 premier football championship final.

But this Monday night, the CCCC of Limerick GAA met and penalised St Marys Sean Finns for playing an U-16 player in games during the championship.

Speaking to LeaderSport this Wednesday, St Marys Sean Finns secretary Pat Sheahan confirmed that the club would be appealing the decisions.

The fixture for the final official still stands until the entire process is complete.

St Marys Sean Finns have three days to lodge their appeal and it is the wish of the County Board that if they do appeal that the Hearings Committee would meet as soon as possible.

Were they to be successful in their appeal, the final could yet be played as scheduled this Saturday.

However, if the appeal to the Hearings Committee was turned down, the next possible avenue for the club would be a further appeal to the Munster Council.

LeaderSport understands that no team officially objected to the presence of U-16 player Mikey Morrissey in the Rathkeale club’s team.

However, Newcastle West GAA did write to the County Board to make them aware that St Marys Sean Finns were playing an illegal player.

This correspondence was sent on December 30 - one day before the drawn county final and four days after St Marys Sean Finns beat Newcastle West 2-10 to 2-9 in the St Stephen’s Day semi-final.

Despite the correspondence, the county final went ahead and resulted in a thrilling draw.

All were preparing for this Saturday’s replay, until the decision of the CCCC this Monday night.

It was Tuesday night before the Rathkeale club officials received notification of the penalty against them.

They were penalised after a CCCC investigation into their semi-final team-sheet against Newcastle West.

The decision was relayed to the club by email from Limerick GAA secretary Mike O’Riordan.

‘I hereby confirm following an investigation by the CCCC of the above fixture and having reviewed all the evidence available it is considered by the CCCC that your team has breached the lower age limits, the CCCC has proposed the following penalty Forfeiture of game without Award to the opposing team under Riall 6.16 Age Grades (a) TO 2013.’

Essentially this means that the Rathkeale club were thrown out of the championship and that Newcastle West were not to profit and re-enter the competition.

On top of the club sanction, a two-week suspension was imposed on the player in question and an eight-week ban for team manager Brian Duggan.

“We are extremely disappointed in Newcastle West to be fair - very disappointed with their attitude,” one St Marys Sean Finns club official said.

“We are a small club and need every player we have. There would have been games during the championship where we would have had to give a walkover without him,” he explained.

Dromcollogher-Broadford secretary Denis O’Carroll said that it was there wish to win the championship on the field of play.

“We had no hand act or part in any of this and the team will continue to train and prepare for the final until the process comes to an end,” said O’Carroll.

There is no denying that St Marys Sean Finns broke a rule but in fairness to the County Board they were obligated to investigate once the matter was brought to their attention.

During the later stages of the 2013 county junior B hurling championship, there was an instance where a club had an U-16 player on the field of play. Once they became aware it was illegal the player was replaced.

In that instance, the matter wasn’t in the referee’s report and the opposition made no issue of the situation.