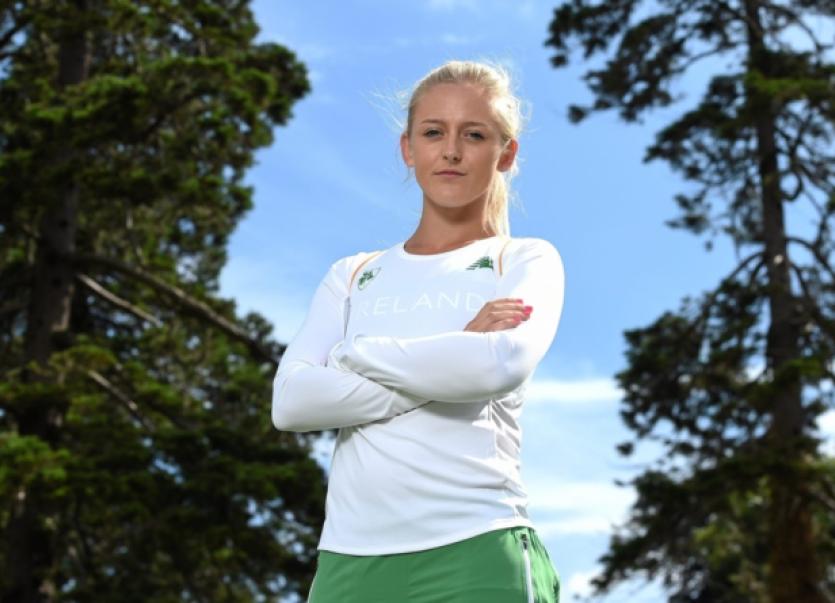 LIMERICK hurdler Sarah Lavin has been selected to compete for Ireland at the European Track and Field Championships in Zurich from August 12 to 17.

LIMERICK hurdler Sarah Lavin has been selected to compete for Ireland at the European Track and Field Championships in Zurich from August 12 to 17.

Lisnagry athlete Lavin will compete in the women’s 100m hurdles at the European Championships in Switzerland as part of a 30-strong Irish team. The national junior record holder won the 100 metres hurdles title at the Glo Irish Senior Track and Field Championships in Morton Stadium on Sunday.

Twenty year-old UCD student Lavin had claimed the silver medal in the 200m at the championships 24 hours earlier.

In 2011, Sarah Lavin, who previously ran for Emerald AC, she made her first real mark on the international circuit by finishing third in the European Youth Olympics in the 100m Hurdles in Trabzon, Turkey, breaking the national youth record (U-18) in the process. 2013 has been a stellar year for Sarah. On the indoor circuit she broke the National Junior Record that had been previously held by Derval O’Rourke. She then proceeded to win the National Seniors title indoor and out.

Further notable wins followed this summer in Palafrugell – Spain, Geneva – Switzerland, when she broke Derval O’Rourke’s 13-year-old Irish junior record (13.61) twice on the same day, posting 13.50 in her heat and winning the ‘B’ final in 13.45 and later in Mannheim – Germany. A memorable outdoor season culminated at the European Junior Championships in Rieti, Italy where former Castletroy College student Lavin won silver and broke the national junior record yet again with a new mark of 13.34 seconds. Sarah had gone into the championships ranked fifth in the world as a junior and second in Europe.