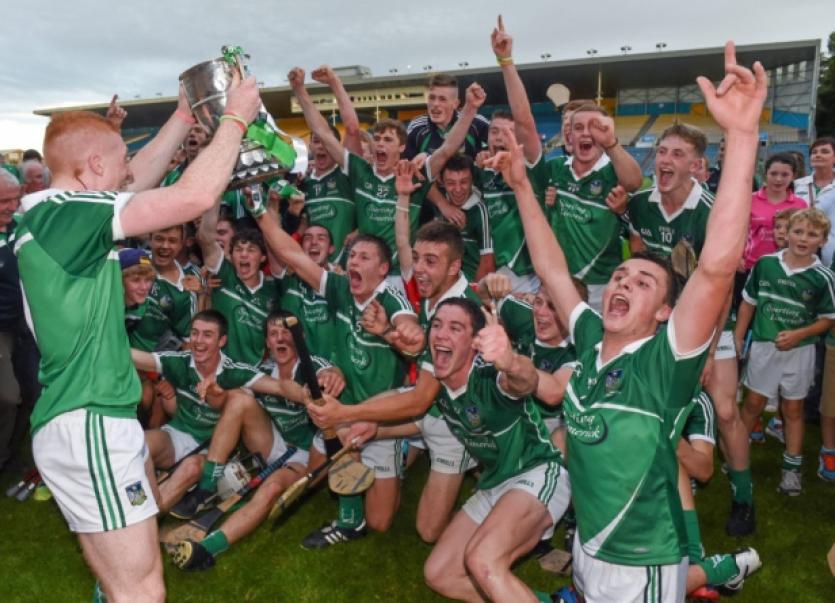 Limerick made it back-to-back wins at minor level in Munster for the first time in the county’s history with an impressive six-point success over the All-Ireland champions,

Afterwards manager Ryan said the win provided a good platform for under-age hurling in the county.

Brain Ryan said: “I’s great. Every victory is great. This is a bit of history for Limerick, winning two minor titles back-to-back. We are delighted, so too are the players and everyone associated with the team.

“It is a good platform for under-age hurling in Limerick. There are lots of people in celebratory mood tonight as a result of this victory.

“The bit of confidence we got from the victory last year stood to us as well when we showed our composure. We didn’t panic and picked off the points.”

“I have been on the record as saying Limerick under-age hurling should be competing strongly at minor level every other year. We have had very good minor teams over the past six or seven years and were probably short just that little bit. Now that we have set the standard it shouldn’t be a case of ‘this is a good minor team’, we should drive on now and look at trying to retain this title next year.

“We have at least 12 of our panel in training at the moment for under-age hurling next year. This experience tonight will stand to them going forward.

“There was a sense in some quarters in Limerick that we had lost the game in Cork. There was a little bit of pressure on the players as a result of that.”

A number of positional switches the backroom team made in the second half had played a key role in Limerick’s march to a seventh Munster minor title.

“Waterford had a different tactic today. They played Darragh Lyons in the full-forward line initially. Then they brought him back as a sweeper. It took us a few minutes to counteract that. At half-time we regrouped. We looked at the stats and they were good with regard to winning our own puck-outs and their puck-outs. We were getting on the breaking ball. We just weren’t finishing, I suppose.

“The referee was letting an awful lot go tonight. He said that beforehand, that it was the game he was going to play. Other games are refereed in a much stricter fashion.

“We made a few positional switches in the second half - Colin Ryan went back wing back. That proved a good switch. Tom Morrissey coming out to the ‘40 was excellent with Barry Nash going in. Then there was Peter Casey’s overall contribution. Those few changes worked extremely well and other lads came into the game as it went on. They settled themselves.”