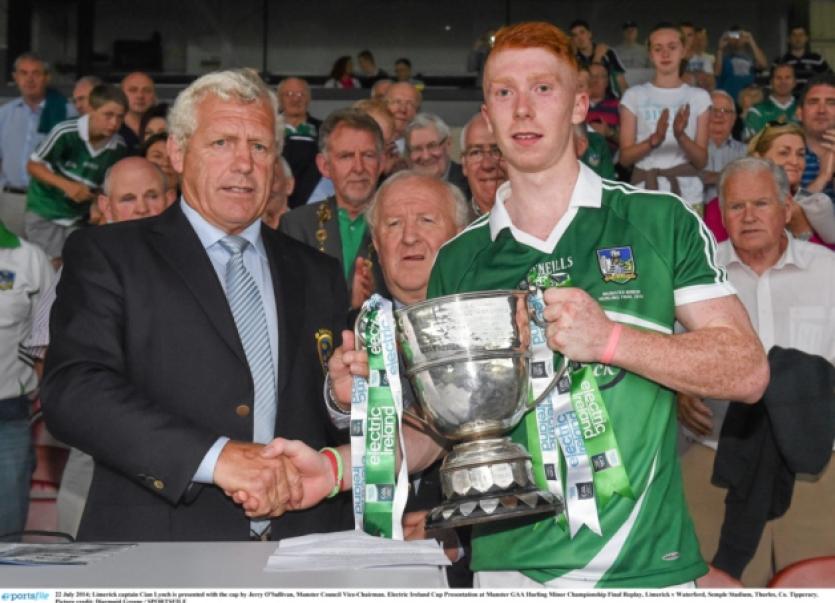 LIMERICK’S Munster minor hurling winning captain, Cian Lynch insists the history-making side will not sit on their laurels as the Shannonsiders moved within two games of regaining the All-Ireland minor title.

LIMERICK’S Munster minor hurling winning captain, Cian Lynch insists the history-making side will not sit on their laurels as the Shannonsiders moved within two games of regaining the All-Ireland minor title.

Patrickswell teenager Lynch said that while the squad was delighted to claim the county’s first ever back-to-back success in Munster minor finals, there was still unfinished business to tend to in the All-Ireland series.

“It is unbelievable. Words can’t really describe it. I said last year after we won it in Thurles that nothing could beat winning a Munster final.

“But to do it two years in a row and to play Waterford four times - to get the opportunity to play a side as good as them - and beat them twice is surreal really.

“It is hard to believe that we have won two Munster finals at minor level.

“For me it is sweeter than last year, definitely. Being captain is an extra honour for myself.

“For the panel of lads, for the guys who were there from last year, winning back-to-back Munster minor titles had never been done in Limerick before.

“Last year we felt we were hard done by in the All-Ireland semi-final. Hopefully we can go on a step further this year.

“There is a feeling of ‘unfinished business’ in the squad after losing in the All-Ireland semi-final to Galway 12 months ago.

“We won’t let what happened with Hawk-Eye last year be our motivation. We are going out to play the semi-final as if nothing happened last year. We are starting a new chapter, looking to play as well as we can.

“The way we battled back in tonight’s game showed real character. Most people would have thought we were down and out when we fell three points behind early in the second half.

“To come back the way we did - we got on a roll - and once we got two, three, four points ahead, we were on top. We couldn’t let up after what happened in the drawn game when they came back at us.

“We have to go a step further. We won’t sit on our laurels after tonight. We will enjoy this and cherish it because it was never done in Limerick before.

“We will go out back training in the new few days and hopefully kick on from here.