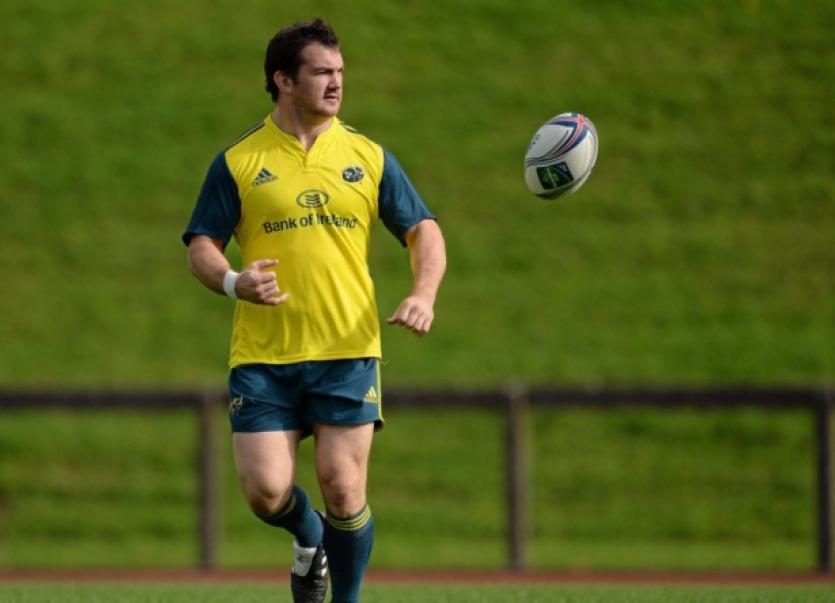 Rugby players appearing on RTE talk shows are usually selling their autobiographies but Damien Varley had something entirely different to sell last week when he appeared on Brendan O’Connor’s Saturday Night Show.

Varley was singing with the Killaloe-Ballina Gospel Choir and performed Lean on Me, the song the local group have produced for the well-known Pink Ribbon charity, which aims to promote awareness and raise funds for breast cancer.

Needless to say his team-mates didn’t take long to start slagging him, both on Twitter and in the dressing room. On Tuesday in UL, as Munster prepare for their second consecutive top-of-the-table clash, this time against the Ospreys in Thomond Park, Varley said he’s been enjoying the reaction to his appearance.

“It’s very encouraging and there has been a great reception,” he said.

“We’ve got a great reaction from it. It’s a great cause and we’re hoping to raise some good money for them. It’s been an interesting few days and there’s been some good reaction from around the world.

“We do a lot of charity work with Munster but it’s nice to be able to do something with a different hobby for a good cause. Obviously the rugby helps in bringing it to that level (giving it a high profile) but hopefully in a couple of months we might be chatting about a Christmas Number One.

Varley, who has been playing the violin since he was just four, has enjoyed a good start to the season with Munster including a try-scoring appearance against Gloucester in the Heineken Cup. Saturday’s game against the Ospreys will be Munster’s last for three weeks and he hopes that they can go into the break clear at the top of the table.

“We have proved a point over the last two weeks. We hadn’t dogged out a result like that in a long time. It’s another top of the table clash this weekend and it’ll be another big game.

“I think it’ll be a little bit different. They will try and run us around the park. I suppose coming to the end of this block, they’ll want to go top of the table too.”

But with five wins from six league games, Varley reckons that Munster are in a better place than they were this time last year.

“I think we’re probably a lot more comfortable with what we’re trying to do this season.

“Everyone has improved their skill set ten fold That coupled with the physicality and the good solid set piece has given us a good platform.”