Superb Limerick have 24-points to spare over Wexford 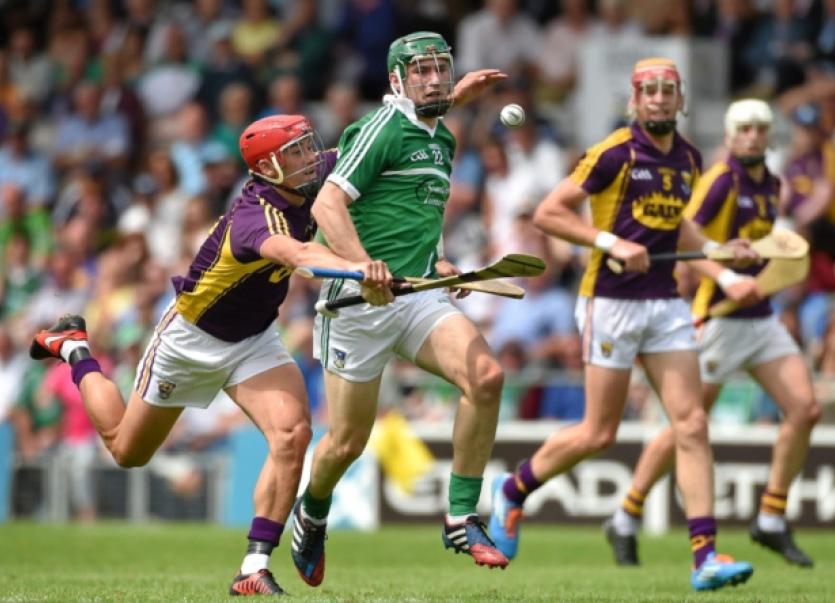 THE Limerick senior hurlers are back to Croke Park for the All Ireland semi-final after a sensational 4-26 to 1-11 win over Wexford this Sunday afternoon in Thurles.

THE Limerick senior hurlers are back to Croke Park for the All Ireland semi-final after a sensational 4-26 to 1-11 win over Wexford this Sunday afternoon in Thurles.

The big win sets up an August 10 All Ireland SHC semi-final with Kilkenny in Croker.

The clash with Kilkenny will see Limerick return to the semi-final, where they disappointed last season when failing to Clare.

This quarter-final was all but sealed after a superb first half when TJ Ryan’s side led 3-15 to 0-8.

And, that was after hitting 10 first half wides.

But Limerick dominated in all sectors.

They were 0-7 to 0-3 clear after 13-minutes and that was after lining out without injured captain Donal O’Grady.

Midfielders James Ryan and Paul Browne as well as David Breen and Shane Dowling were all on target in those opening exchanges.

By the 18th minute it was 0-9 to 0-3 with Graeme Mulcahy and Declan Hannon getting on the scoresheet as Limerick continued to press home their advantage on the scoreboard.

Two points from Wexford broke the Limerick stranglehold but normal service soon resumed as the lead was increased to 0-13 to 0-5 with 10-minutes to play to the interval.

Then in the 27th minute came the first Limerick goal when Breen powered through to find the net.

Mulcahy and Hannon added points and the lead was 1-15 to 0-5 with 30-minutes on the stopwatch.

Wexford did rally with three successive points but Limerick were to find the net twice in first half stoppage time to all but seal the win by half time.

Man of the Match Dowling got both goals.

Then first he batted to the net after Breen’s initial shot was saved.

Then second he palmed to the net mid-air when advancing goalkeeper Mark Fanning forced him to change plans to catch the delivery into the goalmouth.

Within eight minutes of the restart Wexford manager Liam Dunne had five substitutions used but it mattered little as Limerick powered over the winning line at their ease.