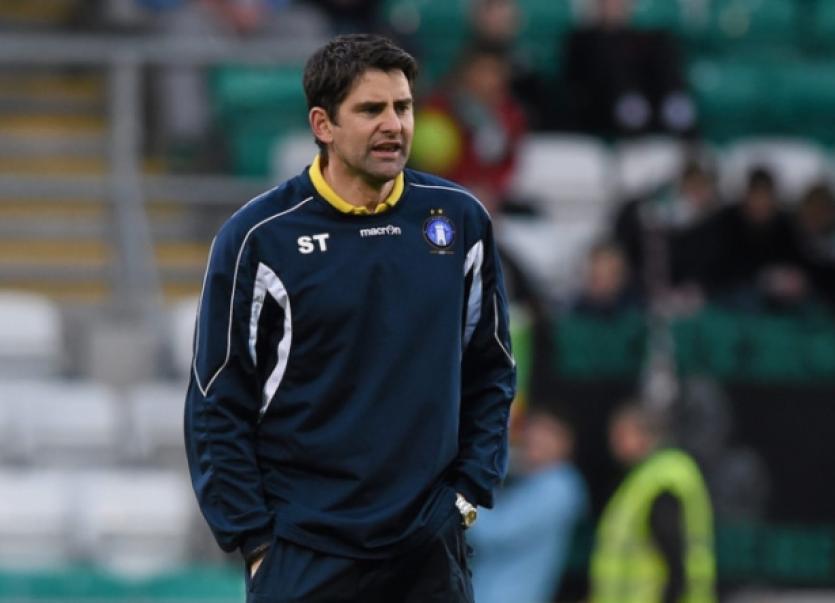 LIMERICK FC’S faltering SSE Airtricity League Premier Division season faces a critical stage with Stuart Taylor’s side set to face three of the top four sides at home in the space of a week.

LIMERICK FC’S faltering SSE Airtricity League Premier Division season faces a critical stage with Stuart Taylor’s side set to face three of the top four sides at home in the space of a week.

Second-from-bottom Limerick begin with a crunch tie against Dundalk at Thomond Park this Friday night (7.45pm), before hosting Cork City on Tuesday, May 20 (7.45pm) and concluding with the visit of current table toppers St Patrick’s Athletic to Thomond Park on Friday, May 23.

Just winless Athlone Town sit beneath Limerick FC in the top flight table, although such is the tight nature of the division that the Blues are just two points off seventh place.

Limerick FC have managed just seven in 11 League games to date. Taylor’s men paid a heavy price for failing to convert a number of excellent scoring opportunities in the first half of Friday night’s clash with Bray Wanderers when the seasiders struck for a late winner.

“Performance wise, the manager and the players can take a lot from the Bray game. But you’ve got to get results.

Limerick FC has put together a discounted package deal for fans hoping to attend all three home Premier Division fixtures, with three games for the price of two. Further details from www.limerickfc.ie

Meanwhile, Limerick FC’s date with Douglas Hall in the Munster Senior Cup final has been confirmed for Turner’s Cross on Monday 26 May, 7.30pm. Limerick have won the Cup 12 times.