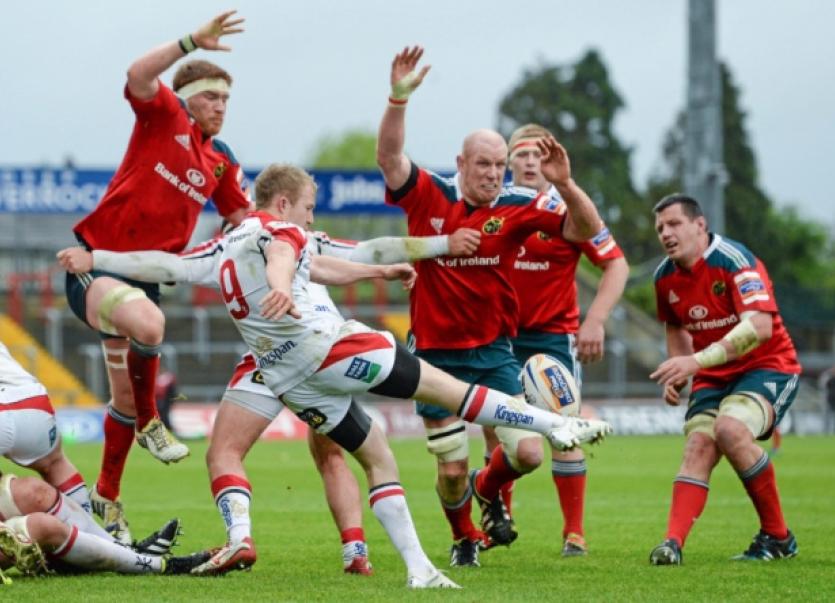 Munster suffered back-to-back home PRO12 defeats at Thomond Park for the first time since April 2010 when an understrength Ulster recorded a 19-17 success.

Hooker Varley said Munster had contributed to their own downfall against Ulster, given the large number of ‘stupid, unforced errors’ the side produced on the night.

Varley said: “I wouldn’t say long term it (the defeat) is damaging psychologically, but it is certainly extremely disappointing that we didn’t show up and I think we were kinda beaten up in areas around the park, more so once again, stupid, unforced errors.

“We probably weren’t direct enough and any time we tried to, we probably forced the ball out wide and behind us too much and put ourselves under pressure and we find ourselves 50 yards back. That allowed get them into the game, silly mistakes like not covering the blindside and they get a try off it.

“They got a huge momentum change from that, so psychologically I think it is upsetting, frustrating, but I think it has happened us before going into big games where we have had a loss and that’s the professional game - we have to turn it around because we are in a semi-final next week.”

Varley said the decision to opt for a scrum rather than kick for the posts when the home side was awarded a penalty goal while Munster trailed by two points in the 72nd minute was taken because the home side was chasing tries.

“Unforced errors after that, knocking on the ball under the posts, or giving away a stupid penalty. I think we had a slight momentum change towards the end. We had a penalty and it was reversed.

“Discipline issues like that just can’t happen when we are trying to swing a game.”