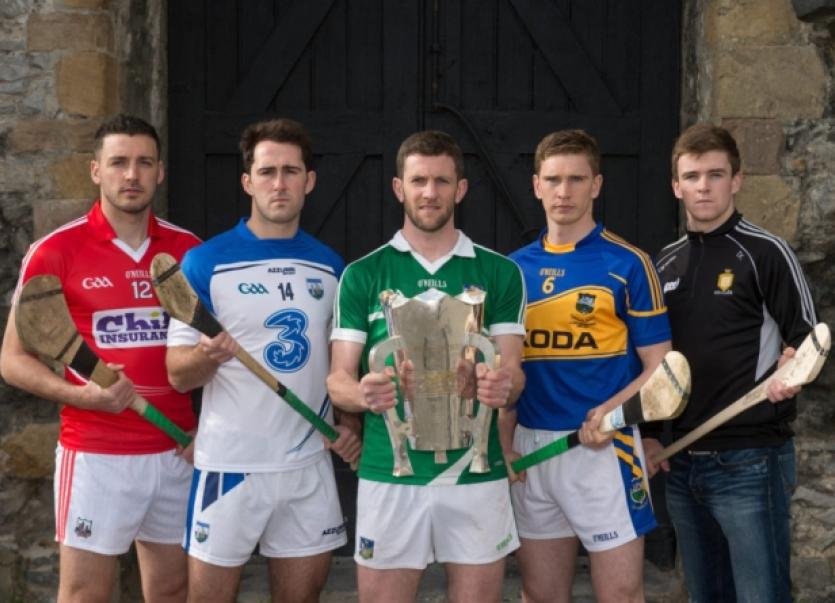 LIMERICK hurling captain Donal O’Grady believes that the latest saga to engulf the county will unite the players.

LIMERICK hurling captain Donal O’Grady believes that the latest saga to engulf the county will unite the players.

With just two weeks to Limerick’s Munster SHC title defence against Tipperary, O’Grady said that the players wouldn’t be using the mid-season departure of their coach as an excuse.

“It can give us a bit of an edge. It can unite us. It can bring us that bit tighter and we can go to Thurles all guns blazing,” said the captain at the launch of the Munster championship.

“I can categorically say now it won’t be an excuse,” said the captain of the departure of coach Donal O’Grady.

“I think we’ve learned an awful lot from Donal O’Grady up to now. It has been disappointing. We’re looking forward to Tipp. We’ve work to do between now and then. It’s kind of put to the side. I presume it will raise its head in county board meetings before the year is out but, again, it’s nothing to do with us.”

The captain said preparations were unhindered.

“TJ just had a few words with us just to say ‘look, lads, Donal has made his decision and it’s an issue between himself and the county board. We can’t let it catch ye out in preparations” explained the captain.

“Obviously, it’s disappointing but lads have just put it to the side. We haven’t really had much time to dwell on it. We’ve parked it and it won’t be an issue. Donal O’Grady was with us during the league and performances weren’t that good.”

The long serving captain said that he was “disappointed” to again see Limerick in the headlines for the wrong reason.

“I was, just in the sense that most counties have these issues and they are kept in house. In Limerick, it takes over events and it goes national and everybody goes, ‘Ah, that’s Limerick off again’. But that would be the only thing. I’ve no doubt there are issues in other counties worse and they are swept under the carpet. You might think ‘here we go again’ but from the players’ point of view, everybody just knew our roles not to get involved in it and I think that was a key part in it. I spoke directly with Donal on Monday and he told me his reasons. I just said to him we respect him enough to know that we’re not going to change his mind by calling his phone 10 times.”