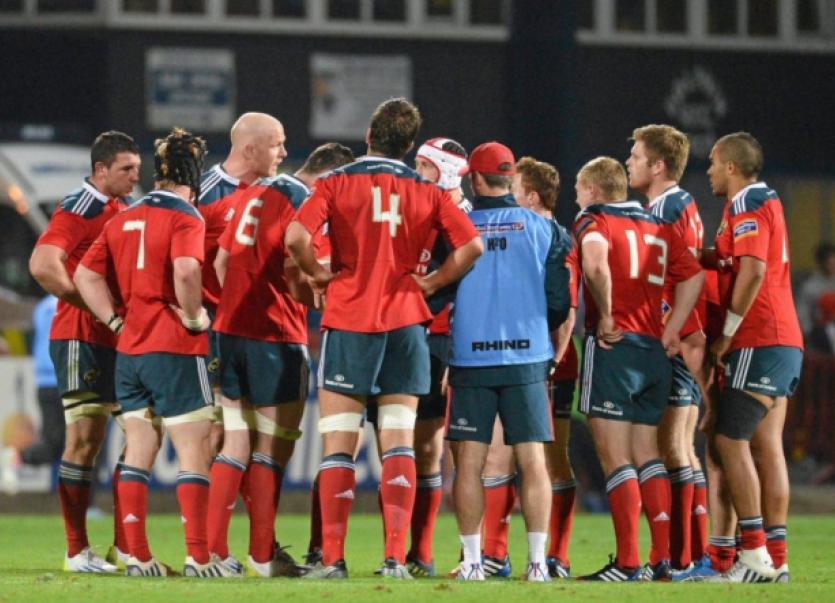 MUNSTER will be looking to achieve only their second semi-final win in nine attempts when Rob Penney’s men lock horns with Glasgow Warriors in their RaboDirect PRO12 last four clash at Scotstoun on Friday, 7.35pm.

MUNSTER will be looking to achieve only their second semi-final win in nine attempts when Rob Penney’s men lock horns with Glasgow Warriors in their RaboDirect PRO12 last four clash at Scotstoun on Friday, 7.35pm.

Munster’s 18-11 Celtic League win over the Ospreys at Thomond Park in 2011 remains the province’s only win in their eighth most recent Celtic League, Heineken Cup and Amlin Challenge Cup semi-final appearances.

History is not on Munster’s side ahead of Friday’s trip to Scotstoun as an away side has not won a single Celtic League semi-final.

Last October’s meeting of in-form Glasgow and Munster proved a fiery affair, resulting in two players being cited, Glasgow scrum-half Niko Matawalu for biting an opponent and Munster’s Conor Murray for striking with an elbow in the Irish province’s 13-6 victory. A disciplinary panel concluded that Murray’s action did not warrant a red card and the scrum-half was cleared to play immediately, while Matawalu was also subsequently cleared of the bite allegations.

Munster head coach, Rob Penney said he did not wish to dredge up the bite allegation incident from that game last autumn, but said he expected Scotstoun to be a ‘cauldron’ on Friday night. Recalling the sides’ October PRO12 meeting in Glasgow, Penney said: “There was a bit of banter between their supporters and some of our reluctant players as they came off, trying to shepherd themselves into the alleyways and that’s sort of the cauldron that Scotstoun is going to be this week.

“They have strategically picked the time so that there is going to be plenty of fuel on board, 7.35pm, and it is going to be an interesting environment for us no doubt. That just goes back to the home advantage, we’re just going to have to deal with it and so are the officials.”

Munster will be without the services of utility back Denis Hurley for Friday night’s semi-final due to an Achilles injury, while prop Stephen Archer is ruled out for the rest of the season as he continues to rehab from his back injury. Donnacha Ryan is set to see a specialist in relation to his foot injury.