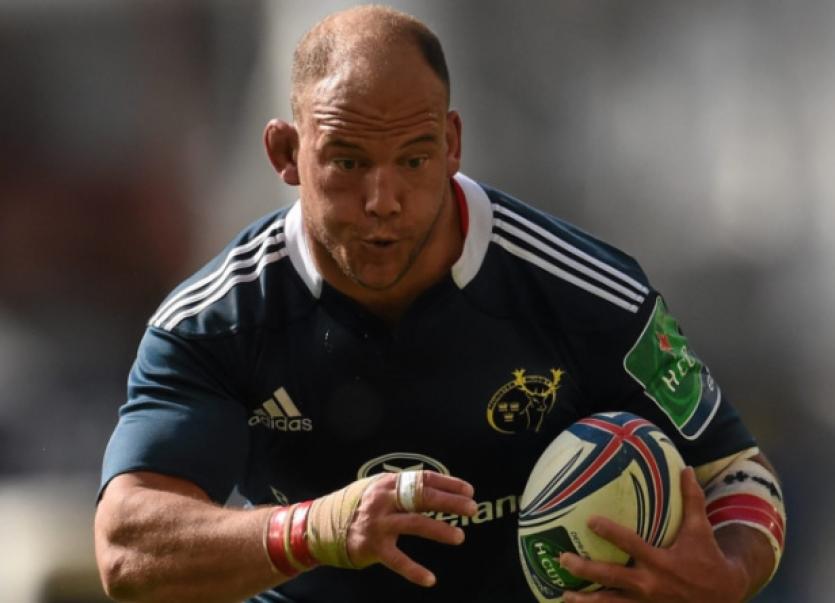 MUNSTER have made four changes in personnel from the side which suffered a bitterly disappointing defeat against Ulster last weekend for this Friday’s RaboDirect PRO12 semi-final play-off against Glasgow Warriors at Scotstoun, 7.35pm.

MUNSTER have made four changes in personnel from the side which suffered a bitterly disappointing defeat against Ulster last weekend for this Friday’s RaboDirect PRO12 semi-final play-off against Glasgow Warriors at Scotstoun, 7.35pm.

Hooker Damien Varley retains the captaincy in the team, while following the birth of his baby daughter, BJ Botha returns at tighthead prop to join Varley and David Kilcoyne in the front row.

David Foley and Paul O’Connell remain in situ in the second row, as do Sean Dougall and James Coughlan in the back row with CJ Stander the only change at blindside flanker.

Conor Murray returns to the starting line-up to partner Ian Keatley at half-back, while Casey Laulala will earn his 50th cap for Munster when he lines out alongside James Downey in the centre.

The back-three sees winger Keith Earls make his first start since Munster’s Heineken Cup semi-final defeat to Toulon, with Simon Zebo on the opposite wing and Felix Jones retains his place at full-back.

A speedy and successful rehab has meant that Andrew Conway returns to the matchday squad after sustaining a sprained toe against Edinburgh. Munster will be looking to become the first side to win away from home in the PRO12 play-offs since their inception.

Meanwhile, Eddie O’Sullivan has been appointed as head coach of French side, Biarritz Olympique on a two-year-deal. O’Sullivan had been linked with a coaching position at Munster next season.