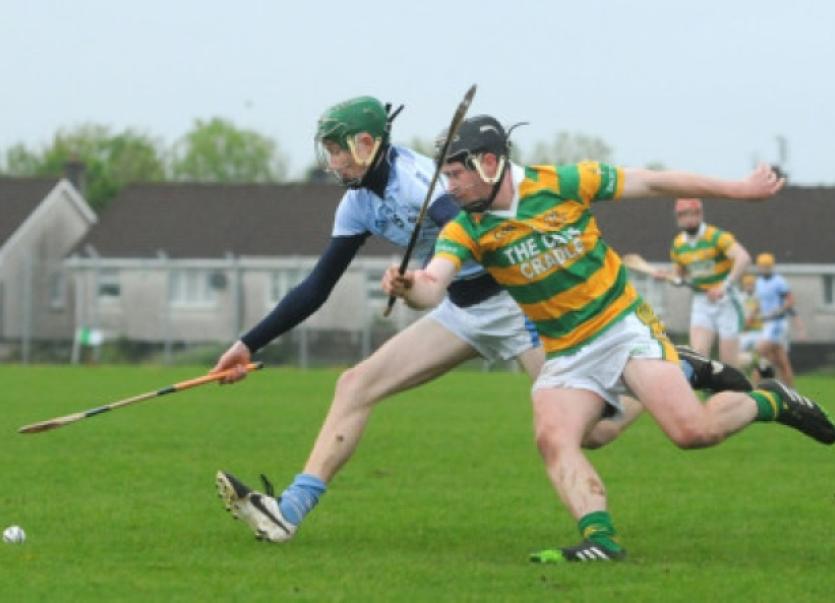 THE Limerick SHC continued last weekend with round two out of the five in the group stages of the new-look club hurling championship.

THE Limerick SHC continued last weekend with round two out of the five in the group stages of the new-look club hurling championship.

Jerome O’Connell ranked the Limerick senior hurling clubs from 1-12 ahead of the start of the championship and now updates the list ahead the break for the Munster inter-county championships.

The champions were made to battle hard to overcome South Liberties but crucially they did just that - they battled hard. On a day when some of their leading lights were under par they still had the quality to get a victory and that’s why bookies have now cut their championship odds into evens. As the championship progresses they should have some players back from injury and will also be less hindered by inter-county training, with over two thirds of their team involved with varying county sides.

The 2012 champions got back to winning ways when hitting Granagh-Ballingarry for 1-21. They had Graeme Mulcahy in sparkling form with 1-5 from play to further illustrate his importance to the team. Gavin O’Mahony continued at wing forward and hit 0-4 but Liam Walsh was back to his more accustomed wing back slot in the absence of Bryan O’Sullivan. The win certainly shows that Ger O’Loughlin’s side remain very much on track for a quarter-final place.

The east Limerick men deserve to make the step-up into the top three after putting back-to-back wins. While the final margin was six points that had 13-points to spare over Ahane entering the home stretch and that was without youngsters Dean Coleman or Pat Ryan blitzing like they can. Their defence is so far the best in the competition, thanks to fine displays from Morgan Crowe, Edward Kiely and Cathal McNamara in a defensive unit that looks very settled.

The finalists of the last two seasons got off the mark with a win over Murroe-Boher, who had opened meaningful leads in the opening three quarters of the game. While Adare have been sluggish to date there is vast experience and quality in their team. They should also have injured duo Jody Hannon and Eoghan Costello back in contention for rounds three and four.

The Liberties lie in second place in Group Two and have put themselves in contention for a knockout place. They have already played free-scoring Na Piarsaigh and yet have a scoring difference of +9, which could yet but a vital determining factor. Big battles lie ahead and none more so that the next clash against Ballybrown, who will be smarting from their round two loss to Effin. Liberties have conceded just 1-21 to-date and have Mark Keane and Barry Nash as standout forwards.

They lost to Doon last Sunday but their late fightback could yet be vital. They hit 1-4 in the final minutes to reduce the big Doon lead and in a most competitive group, scoring difference could become vital. They have Murroe-Boher, Adare and Knockainey to come and despite inconsistences they will yet have a big say in the final standings. Next up is another east derby against Murroe-Boher, which could set the tone of the summer for both.

No change in the rankings for The Well, who beat Knockainey with a late charge. Crucially for Patrickswell, they have yet to play the two seeded teams in their group, Doon and Adare. Doon are up next in mid-June and the return of Cian Lynch after the Leaving Cert will be a welcome spark. As Patrickswell continue through their transition phase, one big win is necessary for confidence.

Beating Effin last weekend would have put the Clarina men in fine fettle for an assault on the knockout phase but now they have plenty work ahead of them. Still to come for the 2012 intermediate champions are top seeds Na Piarsaigh and Kilmallock but much could hinge on their clash with South Liberties.

After beating Knockainey in round one, Murroe-Boher needed to maintain form against Adare. It appears they did take the game to Adare for long periods but ultimately they fell short. These are exactly the type of games they need to win to make the next step forward. They will need at least two wins from their next three games with Ahane up next.

What a performance from the south Limerick men to overwhelm Ballybrown, especially in the first half. After a slow start against Murroe-Boher this was a great response from the Quaid led outfit. They now face into back to back contests against Na Piarsaigh and Kilmallock before finishing up with a game against Granagh-Ballingarry.

Took the game to Patrickswell for long periods before a fortuitus goal helped The Well to claim victory in the final quarter. But Knockainey can hope to have Pat Kirby, Mark Cleary, Tom Moloney and Brian O’Shea back for their remaining contests, which will be timely boosts with Adare (who they beat last year) up next.

The west Limerick men have conceded a total of 2-41 in their two defeats. Next up is South Liberties and getting a win on the board is now paramount, with champions Na Piarsaigh also still to come, as well as Effin in the final round.