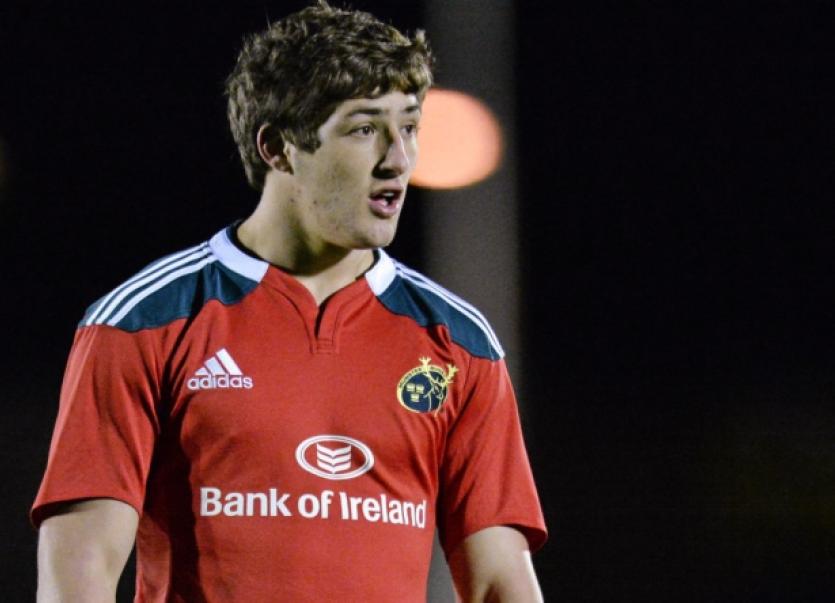 Munster Rugby have confirmed that seven new players will join the Greencore Munster Rugby academy for next season.

Munster Rugby have confirmed that seven new players will join the Greencore Munster Rugby academy for next season.

Out of the current academy crop of 20 players at Munster, two will advance to senior development contracts next season, Garryowen back-row forward Shane Buckley and Johnny Holland, while Darren O’Shea will pursue a playing opportunity abroad.

The seven new recruits include five Ireland U20s players, Max Abbott, Ryan Foley, centre Dan Goggin, of Young Munster, Darragh Moloney and Brian Scott, who are all promoted from the sub academy, while Ardscoil Ris’ exciting full-back Stephen Fitzgerald and UCD’s Jamie Glynn have also been added. Fitzgerald recently lined out for the Ireland U19s against France and Glynn started for the Munster Development XV against Enisei-STM in April.

Brian Haugh, of Young Munster, Niall Kenneally, Harry McNulty and Darren Moroney, of UL-Bohemian, have been released from the programme.