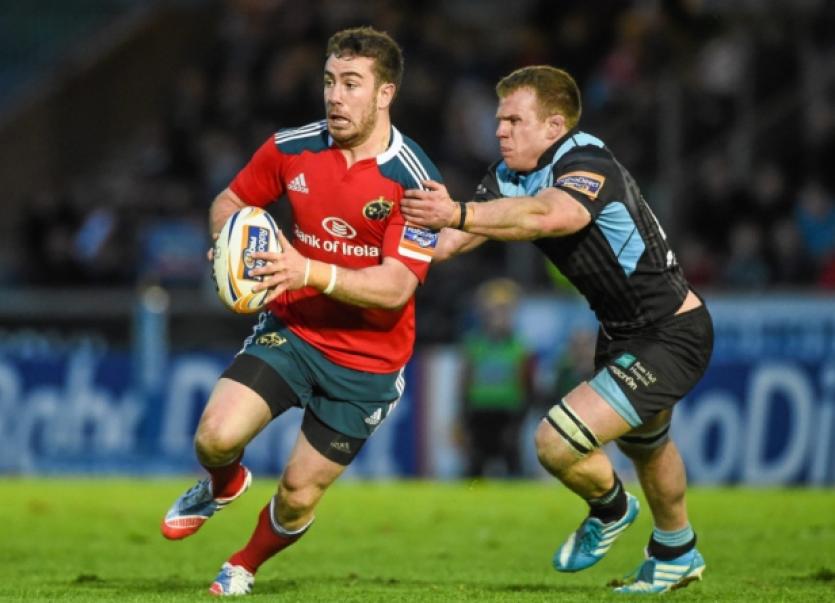 ROB Penney’s two-year term as Munster coach ended in bitter disappointment this Friday night as his charges suffered a heart-breaking 15-16 defeat to Glasgow in their RaboDirect PRO12 semi-final tie at Scotstoun.

ROB Penney’s two-year term as Munster coach ended in bitter disappointment this Friday night as his charges suffered a heart-breaking 15-16 defeat to Glasgow in their RaboDirect PRO12 semi-final tie at Scotstoun.

Munster out-scored their opponents by two tries to one in a much improved display from their lacklustre showing against Ulster six days earlier. However, a third quarter try from replacement Gordon Reid proved crucial as the home side recorded their ninth straight win in the competition.

Munster, bidding to become the first side to win away from home in a PRO12 semi-final, made the perfect start with a try from hooker Damien Varley which out-half Ian Keatley converted. The visitors lost centre Casey Laulala to injury early on in his final game with the province.

Back came the home side and three penalty goals from the boot of Finn Russell had Glasgow 9-7 in front at the break.

Russell then converted Gordon Reid’s try six minutes after the break to help Glasgow in a significant 16-7 lead, but plucky Munster hit back straight away when Sean Dougall barged over. Ian Keatley missed the extras but added a penalty on 66 minutes to leave just a point between the sides.

However, Rob Penney’s side couldn’t find the vital score necessary to overhaul their opponents in the tense closing minutes and a season which promised much for so long ended in utter frustration.