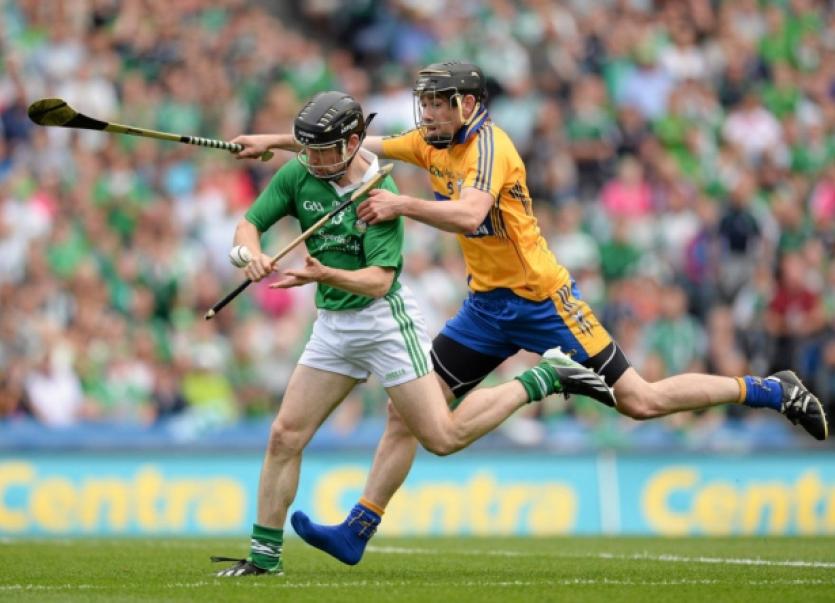 While Allen agreed that the five-week lay-off between Limerick’s Munster final win and their clash with Clare had not been ideal, he refused to use it as an excuse for the defeat.

“We wanted our half-back line to hold the line. We didn’t want to leave a lot of space, so they could pinpoint passes in to Darach Honan, who is obviously a target man,” explained the Limerick manager.

“We were hoping our half forwards would support our midfielders and even though there was a free man out there, we had a free man inside which would counter that. It probably didn’t. We spoke about it numerous times during the game about going toe to toe. By going toe to toe you were letting one very big target man inside and one runner and you were taking a chance you could be isolated. It might have been the wrong call,” he recalled of the tactical battle that had Limerick on the back foot throughout the Croke Park contest.

“We were very pleased with the way we held our shape in the other games and we tried to stay with that for as long as possible. It didn’t work. . . .

He continued: “We were aware they could use the tactic that they used against Joe Canning as well. We had named Declan Hannon at full-forward. We had intended – which we did – to play him in the corner then. If they were using that, their sweeper would be taken into one-third of the field rather than two thirds. We probably didn’t play the best ball out of our half-back line,” he sighed.

“We were struggling too at midfield. Our midfielders didn’t have any grip on the game, so that tactic did work for them. At the same time if we had converted enough of those frees in the first half, we would have been in a better position. Our best period was directly after half time where we took some control of the game, be it only for 10 minutes, and did bring it back to four.”

Allen said Limerick were forced to chase the game from early on.

“The better team won. That goes without saying,” Allen said.

“We never got a hold on the game. Obviously, I am looking at it with a pair of green eyes now and you are focusing on your own team. You would have to say we were chasing the game all the time. We made poor use of the ball. Our conversion rate was poor. Our free-taking wasn’t great,” he said with a shake of his head.

“All of those added up and having said all of that, probably at half-time, if we had converted all of the frees we had missed in the first half, we might have only gone in two points down instead of seven down. But that is grasping at straws in a way. We weren’t winning any line.”

“I wouldn’t use it as an excuse, but it certainly isn’t ideal,” he said of the five week gap since the Munster final.

“If you were talking about the Premiership and there was a five week break between games, sure form goes out the window. How do you keep players in that form? Whatever confidence they had coming off the Munster final is way gone. It is not an excuse, but it’s not ideal. It’s too long.”