Allen to take time to decide on future as Limerick manager 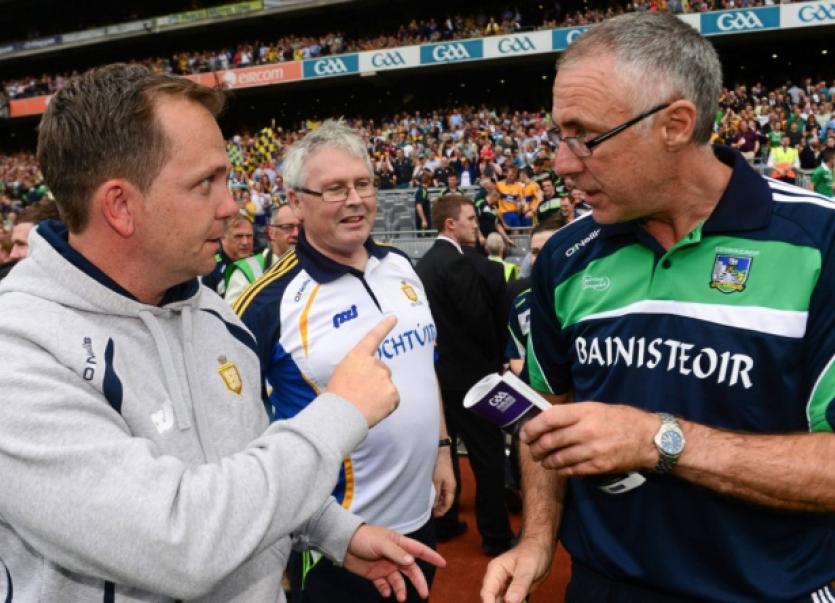 JOHN Allen is to take a number of weeks before deciding if he wants to return for another term as Limerick senior hurling manager.

JOHN Allen is to take a number of weeks before deciding if he wants to return for another term as Limerick senior hurling manager.

The two-year term of the former Cork All-Ireland winning manager officially came to an end at the final whistle of yesterday’s bitterly disappointing All-Ireland semi-final defeat to Clare.

“I initially agreed to two years, so I will talk to the board over the next few weeks now and we will discuss that,” said Allen.

“I am not sure really what I’ll do. I don’t know is the answer,” he replied when asked if he would like to stay on.

“The board might say to me, ‘sorry John, your time is up.’ I haven’t spoken to them about it and they have spoken to me about it. It’s something over the next few weeks we will discuss,” said Allen, who when at the helm of his native Cork almost a decade ago, committed to a two year term and thats all he served, despite leading them to All-Ireland honours.

Elsewhere, it appears that Limerick GAA officials are not to make an issue of the hawk eye controversy in the All-Ireland minor semi-final defeat to Galway.

It appears that the score detection system denied Limerick a point in the opening half of the clash which ended level and ultimately saw Limerick defeated in extra-time.