Fisher’s seal of approval for Munster 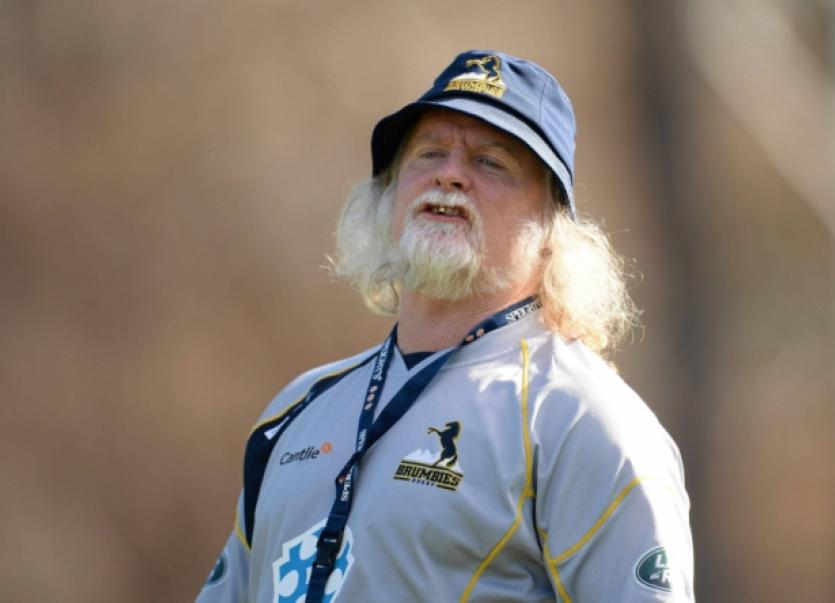 FORMER Munster forwards coach Laurie Fisher believes the province is strongly placed to convince their marquee Ireland stars to remain at home, rather than be lured abroad by lucrative offers from French clubs.

FORMER Munster forwards coach Laurie Fisher believes the province is strongly placed to convince their marquee Ireland stars to remain at home, rather than be lured abroad by lucrative offers from French clubs.

Several of Munster’s highest profile players who were out of contract at the end of this season, including Conor Murray, Donnacha Ryan, Keith Earls and Paul O’Connell committed their playing futures to the province for the coming seasons, despite speculation that they could be tempted to move abroad this summer by big money contracts.

Fisher, now the Director of Rugby with Australian Super 15 powerhouse, the Brumbies, is widely regarded as being one the game’s best technical coaches.

Before returning to Canberra in the summer of 2011 to rejoin the Brumbies backroom team, Fisher - nicknamed ‘Lord’ - had spent three seasons working as forwards coach at Munster.

In an exclusive interview with Limerick Leader Sport, Fisher said Munster offered players ‘a great environment where players enjoy what they are doing every day.’ The Australian said that while money is always an issue for professional players and a player’s shelf life is limited ‘the quality of the people and the rugby program will always weigh heavily on a players mind as he considers his options for the future.’

Fisher also strongly backed Munster’s decision to move to a single training base at the University of Limerick in the coming seasons rather than continue with twin bases in Limerick and Cork.

Fisher revealed that during his three-year stint as Munster’s forwards coach he found it ‘incredibly difficult and time consuming to provide best practice coaching and feedback to all players’.

During the fifty-year-old’s time with Munster, the province won two Celtic League titles as well as contesting two Heineken Cup and one Celtic League semi-finals.

Laurie Fisher: “Though Axel has only been coaching officially 6 years he was the type of player that always had strong technical and tactical input so his rugby acumen has been honed over a long period.

Clearly he is a ‘Munster man’ and is in tune with the psyche of not only Munster rugby but the wider Munster rugby family. In addition to that he is a fine coach with a great rugby brain.”

“There is no chance of Munster dropping the ball because their will be a change of leadership at the top next season. Are the good enough and will they have the luck required to go all the way in the two competitions? We will know soon enough.”

LF: “I coached against Tony McGahan when I coached the Canberra Vikings in the Brisbane club competition so I’d known him a few years. My contract with the Brumbies ended after two years as forwards coach and four years as head coach.

“I was looking for an opportunity and when Tony succeeded Declan Kidney at Munster I sought him out to express my interest in replacing Jim Williams who had moved to a position at the Wallabies. Like most things it just came to being in the right place at the right time.”

LF: “The Heineken Cup quarter-final performances against Ospreys and Northampton would be up there as well as any game against Leinster for the passion and feeling it inspired.

“Working with greats of the game like Paul O’Connell and Ronan O’Gara and great people like Donnacha O’Callaghan and the many other wonderful people who played or worked for Munster.

LF: “Lots of players will have big decisions in years to come if the current funding levels and recruitment strategies continue in French rugby.

“What Munster have is a great environment where players enjoy what they are doing every day. Money is always an issue and a players shelf life is limited. Remuneration is always part of any players decision making but it is the challenge to make players want to stay for others reasons that is the key.

“The quality of the people and the rugby program will always weigh heavily on a players mind as he considers his options for the future.”

Is Ireland’s wet, cold climate a big turn-off for Australian players considering a move to Europe?

LF: “Most players are not concerned about weather conditions. They are looking for a great team environment that will provide a great rugby experience for them. Munster certainly provides that and I’m sure there are many players in Australia who would love the honour of pulling on the Munster jersey.”

Thoughts on Munster’s move to a single training base at UL?

LF: “I do think a single training base is crucial to the long term continuation of Munster’s success. I found it incredibly difficult and time consuming to provide best practice coaching and feedback to all players.

“Too much time is wasted on travel and its not ideal in terms of recovery and preparation for training. To have other coaches coaching your material in different venues and vice versa is certainly challenging. I think Munster will benefit from moving to a single training base and it may indeed be the difference to reach and maintain their position on the top table.”

LF: “Definitely a quicker game in the South. The game is refereed to allow for quick ruck ball so the same level of contest isn’t tolerated around the breakdown.

“Conditions are generally better with it being generally warm and dry in season so the ball moves a fair bit more in general play. Having said that European rugby at the start and end of the seasons has skill and movement the equal of southern hemisphere play. Northern hemisphere teams are generally better at the grind. Tough meters eked out through maul and picks and powerful carry through contact, some of the skills and habits I’ve sought to instil into the Brumbies.”

Brumbies prospects for the Super 15 season?

LF:“The Brumbies have a big challenge to move forward from where we finished last season.

“-The disappointment of finishing second weighs heavily but we have an increasingly experienced squad who understand our game and what it takes to win games in the Super Rugby.

“Unlike the slog of a European season we need to get out of the blocks and win games early. We have prepared well. We have progressed from having three players with Wallaby experience to 12 players with that experience. If we can harness that appropriately we will do well.”