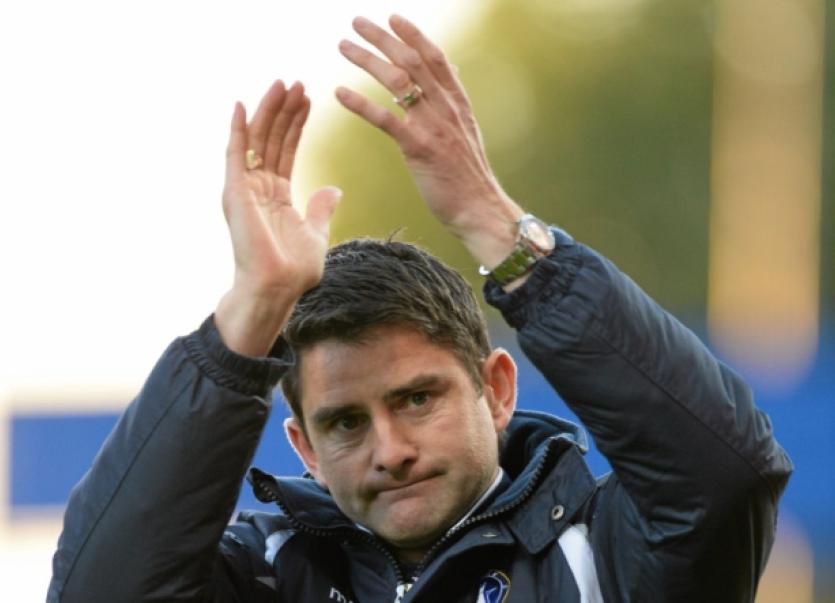 A scoreless stalemate was a fair result on the night as both sides were toothless in attack before 1,307 paying customers.

Both teams finished the game with 10 players as Limerick FC captain Shane Duggan was dismissed after picking up a second yellow card in the 65th minute, while Bray’s David Cassidy was dismissed 12 minutes later after being shown a straight red card for a foul on Shane Tracy..

Limerick struggled to create a meaningful chance in the opening half, with Shaun Kelly’s effort from just inside the box the only time Bray keeper Shane Redmond had a shot to save in anger in the opening period.

Limerick created a rare opportunity on 63 minutes when Shane Tracy swung in a pin-point corner from the left and Samuel Oji’s header from inside the penalty area was finger tipped over the crossbar by Bray ‘keeper Redmond on 63 minutes.

Limerick also created a decent opening in the 86th minute when Rory Gaffney raced on to a through ball, but the retreating Adam Mitchell managed to scramble back and divert the ball to safety.

Next up for Limerick is an away tie with Cork City in the EA Sports Cup at Turner’s Cross on Monday night, 7.45pm

Taylor’s men then face difficult away date with Dundalk at Oriel Park on Friday night next at 7.45pm. The Blues will also face champions St Patrick’s Athletic live on RTE in Richmond Park on Saturday, March 22 at 3.15pm.