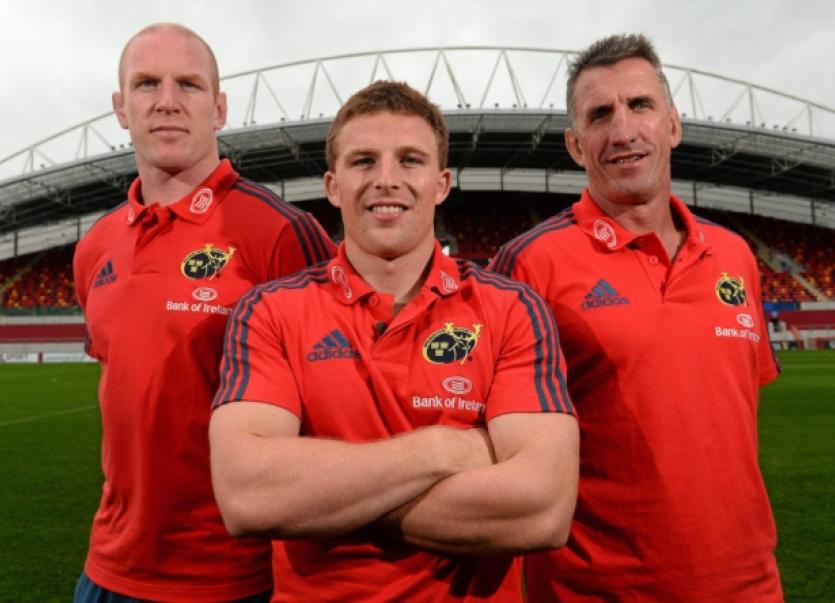 MUNSTER are set to hold a week-long training camp in Italy next month soon after the start of the RaboDirect PRO12.

MUNSTER are set to hold a week-long training camp in Italy next month soon after the start of the RaboDirect PRO12.

Rob Penney’s men will spend the week between their Friday, September 13 away fixture with Zebre and their round three PRO12 clash with Benetton Treviso at the Stadio Monigo seven days later, based close to Lake Garda where they will continue to fine tune their training.

Rob Penney said the camp would give Munster an opportunity to ‘focus on what we really need to achieve as a group and set the standard for the Rabo campaign.’

Penney said: (Team manager) Niall O’Donovan did some great lobbying on our behalf and we were able to get some early games in. Because we’ve got two away games in succession and rather than travelling back and forth, we’re able to stay over and fundamentally we’ll get through the rugby stuff we need to get through.

“We’ll have a bit of time around Lake Garda getting into the water, recovering well and preparing well for really difficult back to back games against Zebre, who at home are very tough, and we just scraped home against them the last year and against Benetton Treviso, who spanked us over there last year.”

Munster face Gloucester in their opening pre-season fixture at Thomond Park this Saturday (5pm). The two sides are also due to meet in the group stages of the Heineken Cup.

Exciting new winger Andrew Conway is set to make his first appearance for Munster, since joining the province from Leinster over the summer. Conway turned down the offer of a new contract from Leinster to switch to Munster.

Munster will field a largely experimental side in Saturday’s game, with number eight James Coughlan set to skipper the side.

Coach Rob Penney revealed he had taken on the role of designated scrum coach at Munster this season following the departure of Paul McCarthy.

The province has also confirmed that their Head of Fitness, Bryce Cavanagh will return to his native Australia at the end of October, once Munster has played their two opening Heineken Cup fixtures. Cavanagh is set to become the Head of Athletic Performance role at the Melbourne Rebels where he will join up with former Munster head coach Tony McGahan who was recently appointed head coach.