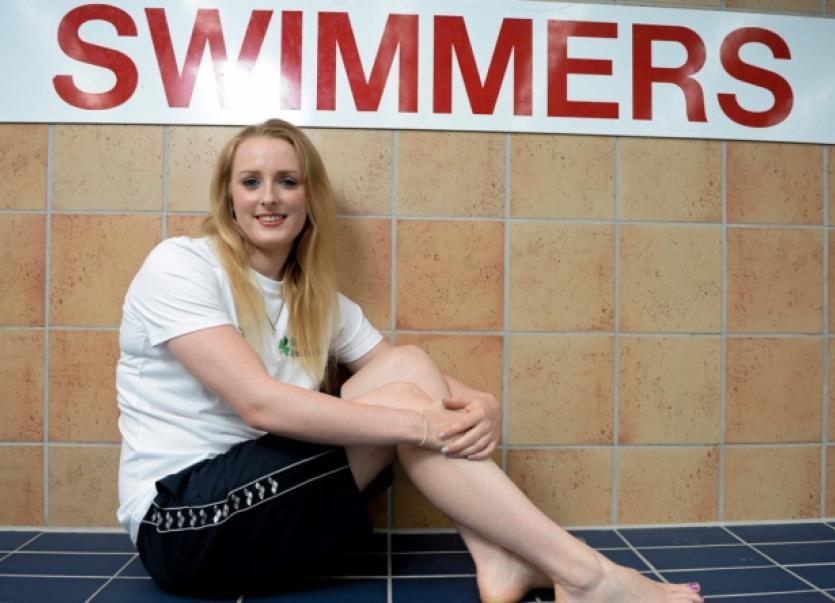 WHEN the rest of her class mates at Crescent College Comprehensive were filing into classrooms to begin the school day, Fiona Doyle had already completed a rigorous training session in the swimming pool - her days beginning with a 4.30am alarm call.

WHEN the rest of her class mates at Crescent College Comprehensive were filing into classrooms to begin the school day, Fiona Doyle had already completed a rigorous training session in the swimming pool - her days beginning with a 4.30am alarm call.

Looking back on those school days, Canadian-based elite swimmer Doyle insists the early morning starts didn’t feel like a sacrifice.

They certainly don’t now given the amount of success Ballycummin swimmer Doyle has enjoyed this spring and summer.

The 21-year-old claimed a stunning gold medal success in the 50 metres breaststroke at the Canadian National Championships and followed up by taking silver in the 100m breaststroke final at the World University Games in Kazan last month, setting a new Irish record in the process. It was Ireland’s first medal in the pool at the event since 1991.

And she followed up by making two semi-finals, in both the 50 m and 100m breaststroke at the World Swimming Championships in Barcelona.

Doyle, currently studying Kinesiology at the University of Calgary, has come a long way in a short time. No surprise then that she nominates ‘Pain is Temporary - Pride Lasts Forever’ as her Inspirational Quote’ on her Swim Ireland homepage profile.

Fiona Doyle recalled: “When I was in Crescent College Comprehensive, I was training four mornings a week, up at 4.30am and heading to the pool.

“Then it was a case of going straight from the pool to school and then back to the pool after school. Then you fitted in study. We were training five evenings a week. It was 28 hours in all - a bit mental.

“But that is what we needed to do and we were happy enough to do it. We had a fantastic group there at the time. It didn’t really seem like sacrifices to us .

“For me, they are not sacrifices, because this is what I want to do. This is what I want to achieve. If that means cutting back on the number of times I go out or choose swimming over going out, then that is what I have to do. I only have such a short period of time to swim. Now is the time to do it.”

Fiona Doyle was born into a family steeped in the sport.

At the start of her teenage years, Fiona realised she had the potential to compete at an elite international level.

“I was invited to a training camp for the European Youth Olympics Championship when I was about 13,” Fiona Doyle recalled.

“I thought, sure, I will do it, but I didn’t think I had a chance of qualifying. I came fourth and thought there could be something here. I have been at it since.

“I trained in Limerick from the time I was 13 until 17 and then moved to Dublin for my final year. I was then offered a scholarship for the University of Calgary in Canada.

“I have been there since.

“I am studying Kinesiology, like sports science, and am in my third year. I have two more years left. I had been to the World University Games and World Swimming Championships before this summer.

“They had gone alright, but not what like I had expected them to go. This year has been fantastic for me. The goal going into the University Games was to come out with a medal.

“I managed to come out with a medal and an Irish record and came close to winning a second medal. That was fantastic. It was a really good experience moving onto the world championships.

“My goal going there was to make one semi-final and I managed to surpass that by making two. Hopefully things will continue to go well for me from here.

“I would really love to be competing in the 100m and 200m at the Olympics. Who knows what else.

“You have to be aware of the pressure which competes with competing in the Olympics, build yourself up for it and know what is going to happen Having had two semi-finals at the World Championships will help me.“