Munster get new season off to winning start 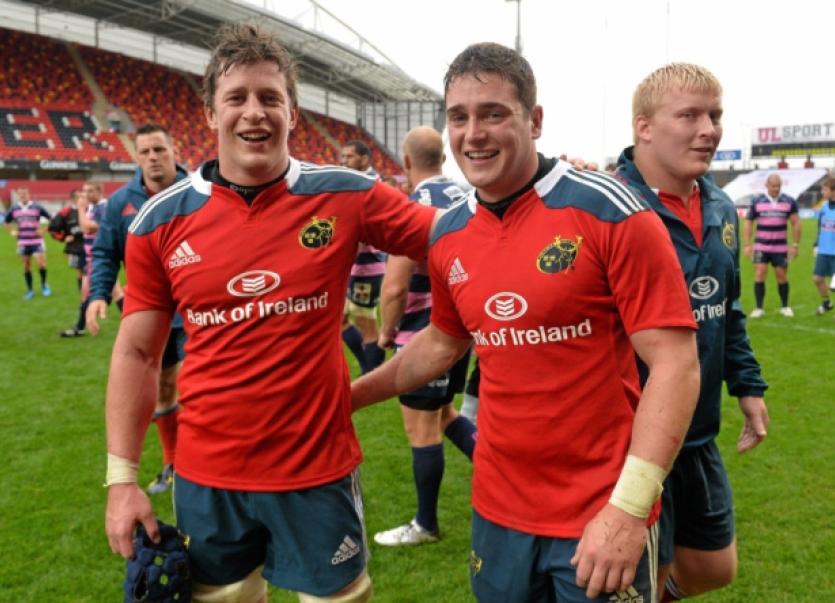 WINGER Andrew Conway marked his Munster debut with a first half try in a 28-17 victory over Gloucester in an entertaining pre-season friendly at nThomond Park on Saturday.

WINGER Andrew Conway marked his Munster debut with a first half try in a 28-17 victory over Gloucester in an entertaining pre-season friendly at nThomond Park on Saturday.

Former Leinster star Conway was forced off with a ‘dead leg’ shortly after his 20th minute try and coach Penney will hope the injury doesn’t keep the winger sidelined for long, given the favourable impression he made while on the pitch.

Munster – who made 18 changes in personnel in the second half – had further tries from full-back Denis Hurley, replacement out-half JJ Hanrahan and back-row CJ Stander.

Among the replacements to feature was Richmond’s Mike Kelliher, who featured for St Patrick’s in a Limerick Co SFC game with Monaleen on Wednesday night.

Munster led 14-5 at half-time with Ian Keatley and Casey Laulala impressing in the backline before a decent attendance of 4,299.

Munster continue their pre-season programme with a friendly fixture against London Irish at Musgrave Park on Friday night at 7pm.