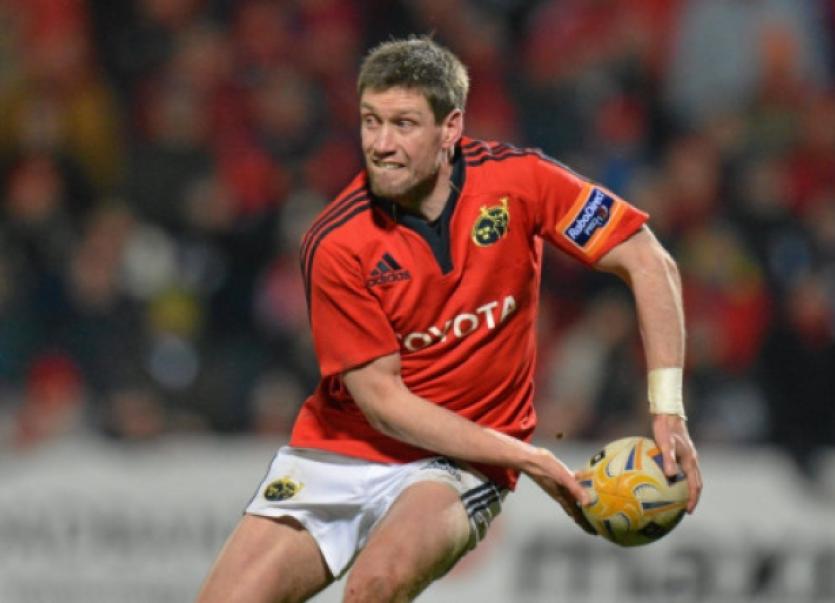 MUNSTER have confirmed that they will not be signing any new out-half this summer to replace the recently retired Ronan O’Gara.

MUNSTER have confirmed that they will not be signing any new out-half this summer to replace the recently retired Ronan O’Gara.

Instead, Munster’s management team will place their faith in the province’s two leading young out-halves, Ian Keatley and JJ Hanrahan, to help steer the side in the pivotal play-making role.

Munster CEO, Garrett Fitzgerald indicated the province is continuing with their search for a replacement right winger for former All-Black Doug Howlett, who has announced his retirement from the game. Munster have been linked with a move for 24-year-old Stormers winger Gerhard van den Heever, who previously played with another South African side, the Bulls.

Keatley’s style of play is well suited to the game plan Kiwi coach Penney has been introducing at Munster since his arrival last summer. Munster will also be pleased with the progress their 20-year-old out-half/centre JJ Hanrahan made this season as he racked up11 appearances for the senior side in PRO12 and Heineken Cup.

Legendary Munster star O’Gara is to take up a new coaching role at Racing Metro next season.

Munster chief executive officer, Garrett Fitzgerald said: “It was never part of our policy to look for someone in that position (out-half). We have tried to bring fellas through and regardless of what decision Ronan (O’Gara) took, it was an area in which we felt a need to give younger players a chance.

“In any case, the right wing is the only area under IRFU regulations in which we could sign an overseas player.

“We have the facility to replace him (Doug Howlett) with an overseas player which is not to say we’re going to end up with him tomorrow morning. We did a short list of four or five players who would be our first choice. As it turns out, three of those became unavailable.

“The right wing is the only position available to us under IRFU policy because all the other slots are taken up by Ulster and Leinster. And, of course, we are not going to sign someone for the sake of signing him. And if we can’t find the right person, we won’t go there.”

Munster’s squad will be bolstered by the arrival of Leinster winger, Andrew Conway this summer.