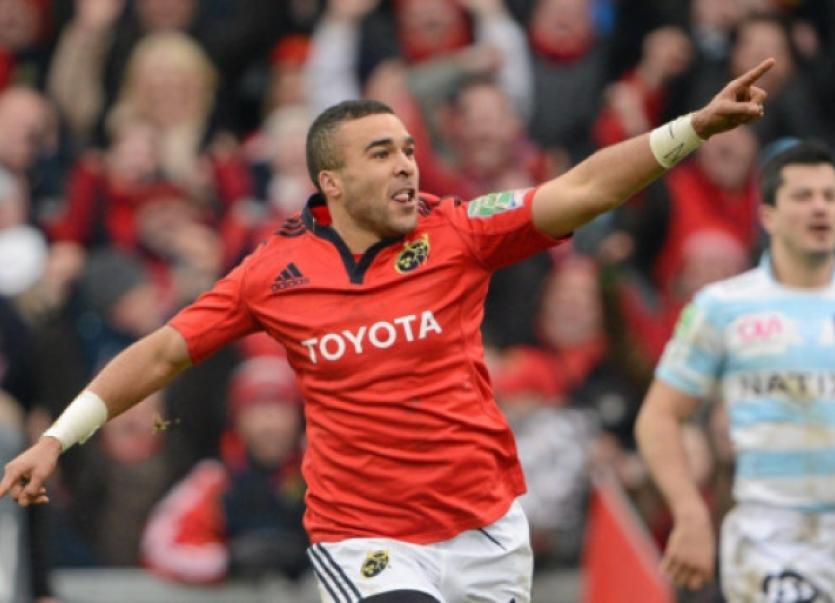 TWO Munster players, Simon Zebo and Paul O’Connell, have been included in the British and Irish Lions side to face the NSW Waratahs in Sydney this Saturday (10.40am Irish time).

TWO Munster players, Simon Zebo and Paul O’Connell, have been included in the British and Irish Lions side to face the NSW Waratahs in Sydney this Saturday (10.40am Irish time).

Winger Zebo will make his Lions debut in this weekend’s clash against the Super XV side. The Munster star finds himself wearing a Lions jersey a week after helping Ireland to beat the USA in Houston on their summer tour. And the 23-year-old will now look to throw down a marker to play Australia in the first Test on Saturday, June 22.

O’Connell, who captained the Lions in South Africa four years ago, looks a safe bet to start the opening Test against the Wallabies on Saturday week.

No fewer than seven of the starting XV in Sydney this weekend were involved in the first Test against the Springboks four years ago in South Africa - O’Connell, Jamie Roberts, Mike Phillips, Adam Jones, Alun Wyn Jones, Tom Croft and Jamie Heaslip.

Sam Warburton will lead the side in his second appearance of the tour and he will be hoping to maintain the unbeaten record against a Waratahs team coached by the former Leinster and Stade Francais coach Michael Cheika.