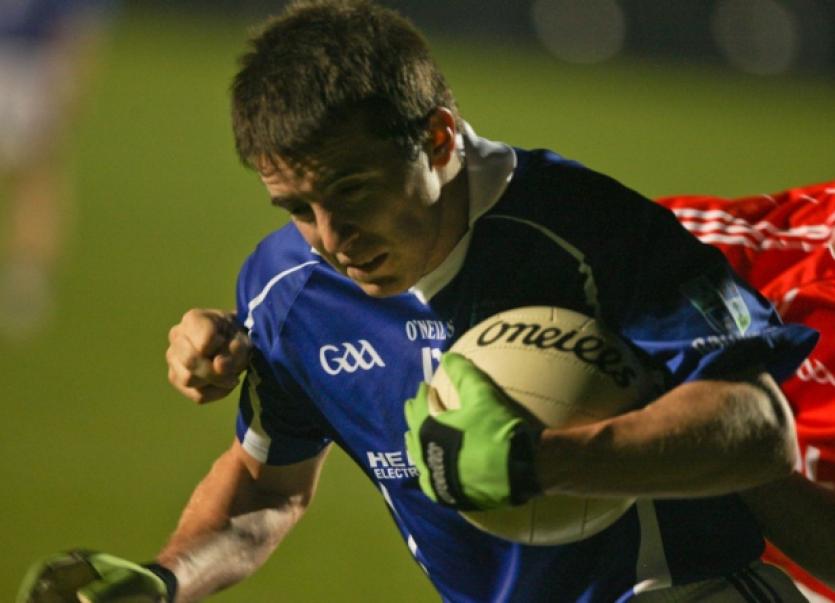 RATHKEALES’ St Marys Sean Finns and Oola meet in the Limerick IFC final this Saturday in Bruff at 2.00.

RATHKEALES’ St Marys Sean Finns and Oola meet in the Limerick IFC final this Saturday in Bruff at 2.00.

The Rathkeale men ended almost 20 years of a stay in the junior ranks with a final win over Glin.

But for Oola it was another final loss when Mountcollins were victors after a replay in the intermediate decider.

This Saturday, the two meet in the 2013 Limerick IFC final.

St Marys Sean Finns want to maintain a remarkable couple of years and Oola bidding to finally end their stay outside of the senior ranks.

Both arrive in the final as respective group winners.

The Rathkeale men bring a 100% record.

“We are into the semi-finals of the All County League and won our five games in the group stages of the championship and then the semi-final but all that will count for nothing if we don’t win on Saturday, “ outlined St Marys Sean Finns manager Brian Nolan, who is joined in the backroom team by Sean Hartnett and John Lyons.

“County finals are all about the day and we just hope that we play to our potential on the day. To win the junior title two years ago every one of the 15 played to their best and that’s what we will need again,” outlined Nolan.

His side will have to plan without the injured Paul White.

Captained by Mark O’Sullivan, the men in blue will look to inter-county man Eoghan O’Connor for many scores. Other vital members of their line-up will be Keith Hartnett, Sean and Pat Sheahan and Eoin O’Donnell.

“We know Oola are a traditional club and have been in county finals. We played them in the quarter-final last year and were up at half time and they came right back at us. They did the same against St Senans in their semi-final, so we know what to expect,” said the Rathkeale manager.

His opposing manager is Alan O’Mahony. He is joined by selectors, Brian O’Connell and Wille O’Mahony.

They will be without Dinny Moloney, who picked up an ankle injury in training last weekend.

The men from the Tipperary border are likely to include inter-county minor hurlers Darragh O’Donovan, Richie English and Stephen Ryan.

The trio won county minor hurling honours last Saturday but missed out on a double when Oola minors lost the football semi-final to Newcastle West on Tuesday night.

“We have been in a couple of finals and semi-finals but I think we could have about nine new faces on Saturday from the final two years ago,” explained O’Mahony.

“We played them in the league earlier in the year and they have great movement and we will have to be ready for that on Saturday,” said O’Mahony, whose side are captained by Eoin Fitzgibbon.