Munster’s Stander happy to be versatile 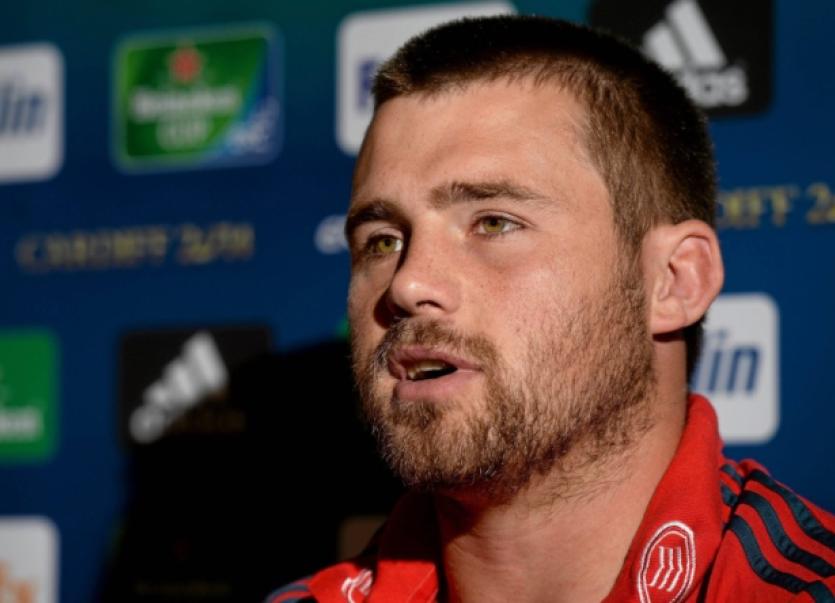 MUNSTER’S South African back-row forward CJ Stander believes his versatility as a player is a help and not a hindrance to the development of his career.

MUNSTER’S South African back-row forward CJ Stander believes his versatility as a player is a help and not a hindrance to the development of his career.

Stander, who joined Munster from the Blue Bulls almost 12 months ago, can play all three back-row positions - openside flanker, blindside flanker and number eight. While the 23-year-old admits he prefers playing at number eight, Stander views his versatility as a plus.

My versatility brings something new to the game,” CJ Stander said at Munster’s press briefing this week.

“I can play six, seven and eight - but I prefer eight. That is where I played for the Bulls. Being versatile gives me more options and a spot in the team anywhere in the back-row.”

Stander is set to be involved in the Munster squad for Saturday’s make-or-break Heineken Cup clash with Gloucester at Thomond Park. After making a very favourable impression for Munster on his arrival from South Africa last November, he was unfortunate to sustain a nasty finger injury.

Stander said: “My first injury I got when I came here was my first injury ever. I was proud to say that. Touch wood it won’t happen again.

“I had a few games for Munster, but injured my finger against Glasgow Warriors. It took me six or seven weeks to get back. I wasn’t registered for the Heineken Cup last season. I am lucky to be involved this season.”

Stander, who hopes to see it out his playing days with Munster, said he has been taken with the province’s tradition and work ethic over his time in Limerick.

“There is a lot more tradition here (at Munster) than at the Blue Bulls, a lot of hard work,” Stander said.

“Training is different here. Driving up and down between Limerick and Cork is different. I think the difference here is a lot more tradition and hard work. The Bulls had one centre.

“Last year when I came, I started my second game and the stands at Thomond Park were full. For me playing at Thomond Park - whether its starting or being on the bench - it’s a great place to play. It would give any player goosebumps and that is where I want to play for the rest of my life, hopefully.

“Everyone was down and disappointed, bowed down after the defeat to Edinburgh last weekend. We made a few mistakes. For us as a family, it was really disappointing. We will be looking for a good performance this weekend.”