How the Munster players rated against Gloucester 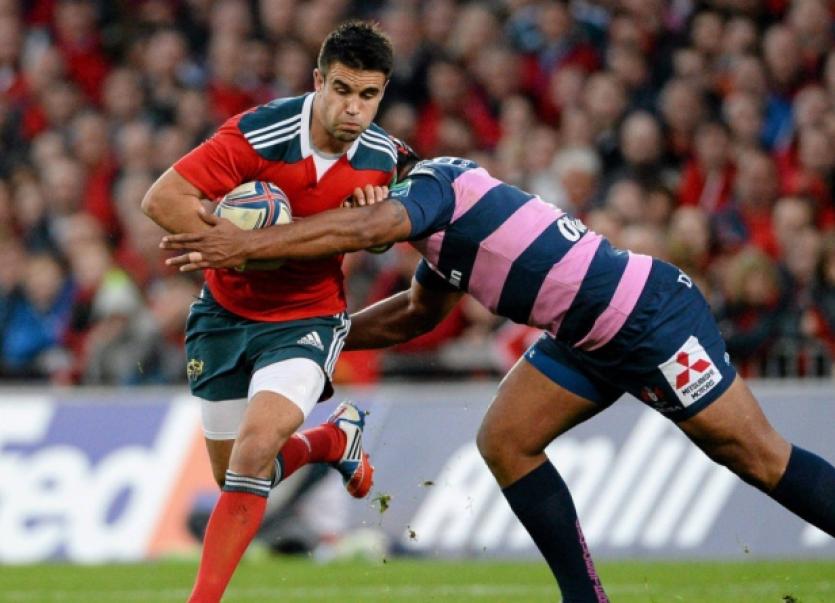 Here’s how the Munster players rated in their 33-10 win over Gloucester in Thomond Park on Saturday night. Captain Peter O’Mahony was man opf the match with Ian Keatley, Donnacha Ryan and Casey Laulala also impressing.

Here’s how the Munster players rated in their 33-10 win over Gloucester in Thomond Park on Saturday night. Captain Peter O’Mahony was man opf the match with Ian Keatley, Donnacha Ryan and Casey Laulala also impressing.

Always looking for work and came in off his wing to good effect on a couple of occasions in the first half. Also found touch once with his left boot. One the game’s best moments was his break in the second half and was unlucky to have a try disallowed at the very end

Munster’s most dangerous back going forward and always threatened when in possession. In good form at the moment

Not a standout performance but did very little wrong either. Always threatened to make ground and put in a couple of good tackles

Recalled for his first Heineken Cup start since the 2011-2012 season, Murphy came in instead of the injured Simon Zebo and was heavily involved throughout, culminating in his well-taken try in the second half

Kicked beautifully off the tee in the first half, with his touchline conversion a particularly sweet effort. Missed one penalty early in the second half but landed an important one with 15 minutes remaining. Inch-perfect crossfield kick set Murphy up for Munster’s second try

Lauded by Rob Penney a couple of weeks back as one of the best in the world, he put in another fine display here. Assertive from the start and always lively. One of Munster’s better performers

Penalised twice, one of which appeared to be particularly harsh in the first half and led to a Gloucester three-pointer. Carried well before being replaced late on by James Cronin

Promoted instead of Mike Sherry after Munster’s lineout malfunctioned against Edinburgh. A big improvement here this time as he threw confidently - despite a brief blip in the second half - and was also on hand to score Munster’s first try. Replaced with eight minutes remaining

Munster were never under any real pressure in the scrum and Botha saw more action than usual in the loose. Back in harness as Munster’s first-choice tighthead

Last week’s loss in Edinburgh meant that changes were necessary. O’Callaghan was one of those recalled and he put in a fine shift. Shows no real sign of slowing up and seemed to pop up all over the place

Teamed up with O’Callaghan in the second row once again and put in a typical, barnstorming display. Good out of touch, carried well and as physical as ever

Switched to the back row and was one of Munster’s busiest forwards. Won some good lineout ball. Picked up an injury and replaced by CJ Stander on 70 minutes

A late replacement for Niall Ronan, it was Dougall’s first Heineken Cup start since this time last year. Worked hard on the ground and it was his break that led to Murphy’s try

Set the tone early on with a couple of big carries, he was always available for work and to make crowd-pleasing carries. A deserved winner of the official man of the match award