Munster back on track with Gloucester win 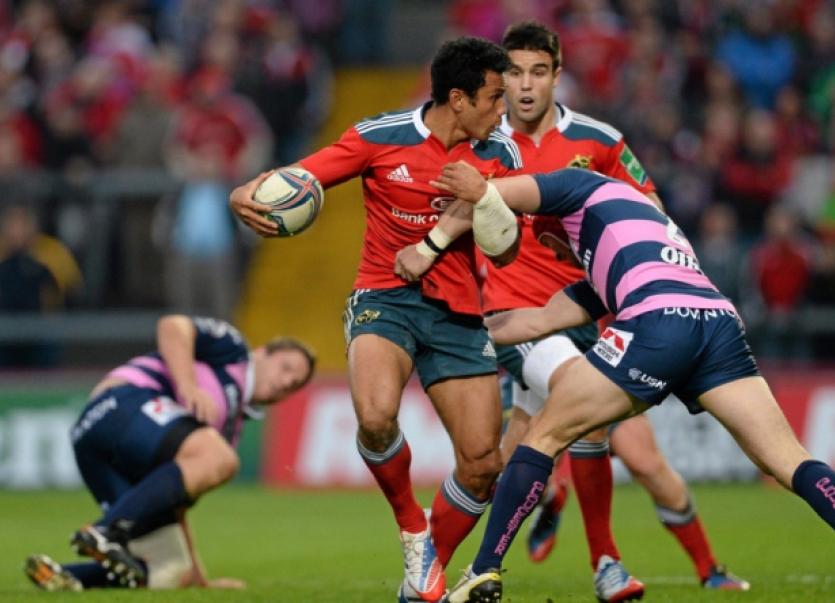 Tries in either half from hooker Damien Varley and winger Johne Murphy saw Rob Penney’s side get back on track following their bitterly disappointing opening day defeat to Edinburgh at Murrayfield.

The victory, achieved before an official attendance of 23,510, sets Munster up nicely for their crucial back-to-back Pool 6 Heineken Cup games with French side Perpignan in December.

Munster were forced to make a late change in the hours leading up to kick-off when Niall Ronan was ruled out due to a sprained ankle. His place in the starting line-up went to Sean Dougal.

Munster led 16-10 at the end of a fiercely competitive, if uninspiring first half. Ian Keatley kicked 11 points for Munster, while Damien Varley crossed for the home side’s try, touching the ball down off the back of a powerful maul.

Winger Charlie Sharples scored Gloucester’s try, taking advantage of slack defence to sneak over down the blind side on 16 minutes

Gloucester, with 12 changes in personnel from the side which started against Perpignan just a week earlier, will be disappointed with their first half discipline as the visitors gave up seven penalties to Munster’s three.

After the third quarter failed to produce a single score, Munster sealed their win with Keatley’s third penalty goal of the evening and Johne Murphy’s excellent try, which was created by a terrific cross-field kick from the out-half.

Munster are now one point ahead of Gloucester in the Pool 6 table, Group rivals Perpignan and Edinburgh meet in France this Sunday.

Munster return to RaboDirect PRO12 action next Friday when the province face Glasgow Warriors at Scotstoun Stadium at 7.3pm.