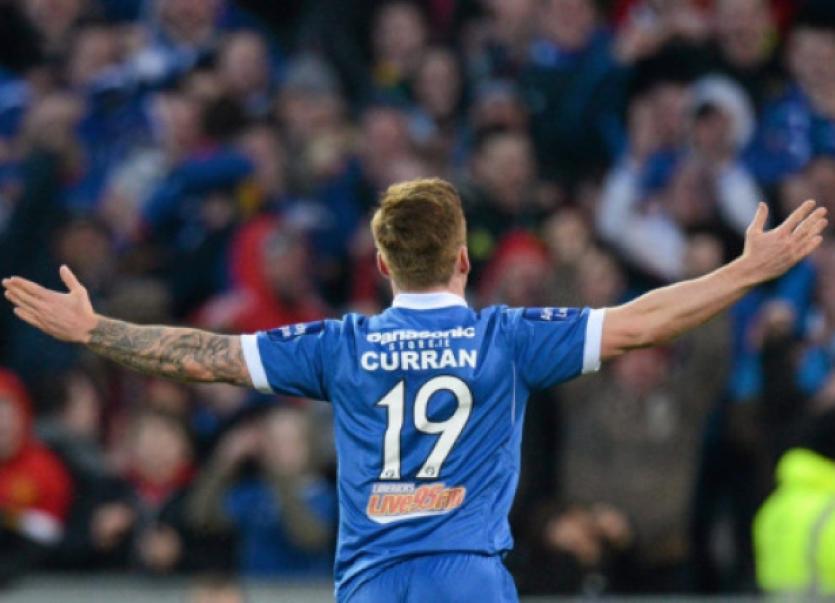 LIMERICK FC had to be satisfied with a 1-1 draw from their Airtricity League Premier Division tie with Shamrock Rovers at Thomond Park despite playing with an extra man for almost the entire second half.

LIMERICK FC had to be satisfied with a 1-1 draw from their Airtricity League Premier Division tie with Shamrock Rovers at Thomond Park despite playing with an extra man for almost the entire second half.

Stuart Taylor’s side looked a good bet to pick up all three points when Hoops defender Ken Oman was dismissed for picking up a second yellow card in the 50th minute.

However, Limerick FC failed to take advantage of their numerical superiority and visitors Rovers deservedly held onto their unbeaten record before an official attendance of 3,006.

Visitors’ Rovers bossed the opening quarter of an hour of the clubs’ first top flight League meeting since their January ’94 clash at Rathbane.

Rovers might well have doubled their advantage in the 21st minute when Stephen Rice headed just over the Blues crossbar from a pin-point cross.

Limerick, looking to end a two-game losing run, struggled to make much of an impact through much of the opening quarter, but the complexion of the fixture changed utterly close to the half hour mark.

First, Shaun Kelly forced a smart save from Hoops ‘keeper Barry Murphy, who tipped the ball over from a sweetly struck volley. From Shane Tracy’s resultant corner, Aaron Browne headed just over.

Limerick drew level in the 28th minute. The lively Tracy showed admirable composure to pick out the in-rushing Craig Curran who finished superbly from inside the box. It was only the second goal the Dubliners had conceded in six Premier Division fixtures this season.

Trevor Croly’s Hoops side were dealt a blow with Oman’s dismissal, after he picked up a second booking for pulling back Curran as he blazed down the right. Oman took his frustration out on a wall under the West Stand, kicking out at it as he made his way off.

Despite being down a man, Rovers came closest to grabbing a winner, with O’Connor a matter of inches away from scoring when his lob over a stranded Cusack rebounded off the angle of post and crossbar, but somehow failed to cross the line in the 72nd minute.

Limerick’s again have little time to rest as they travel to Dundalk on Friday night to play the Louth side, who are currently third. They had a 2-1 win over St Pat’s in Inchicore last night.