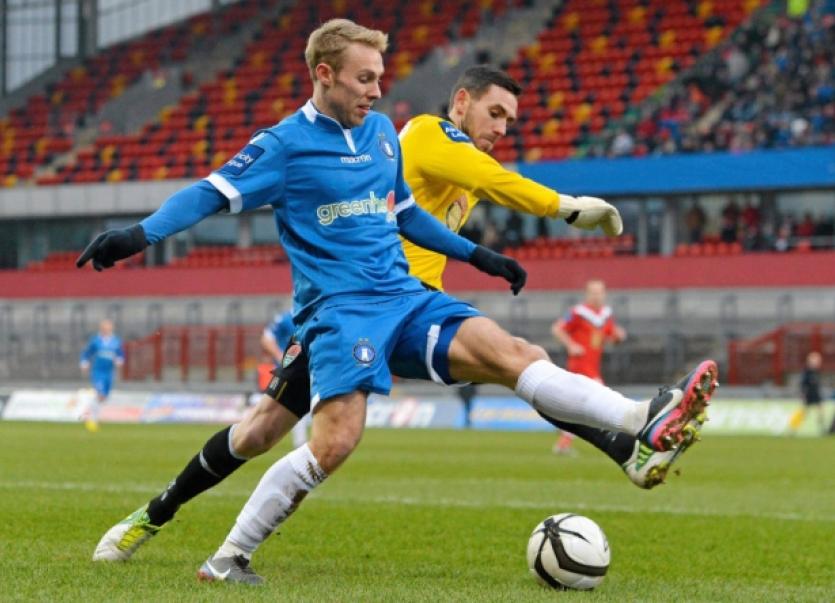 LIMERICK FC have bolstered their defensive options for the final third of the season by securing the services of Cecil Nyoni from Nottingham Forest.

LIMERICK FC have bolstered their defensive options for the final third of the season by securing the services of Cecil Nyoni from Nottingham Forest.

And sixth-placed Limerick FC have also confirmed the signing of goalkeeper Ali Abass and midfielder Prince Agyemang from the Right to Dream Footballing Academy in Ghana, subject to the granting of work permits.

The academy which is closely linked to Premier League giants Manchester City, develops young players from Western Africa with a view to preparing them for professional football careers.

Both Agyemang and Abass will be eligible to play for the Limerick FC U-19s with a view to hopefully progressing to the senior squad.

Limerick FC has now entered into an arrangement with the Right to Dream Academy that was made possible through their close links with Man City which have been fostered since last season’s friendly at Thomond Park.

In the long term, Limerick FC will have the opportunity to identify emerging talent from the Academy annually in a manner similar to Man City and Swedish league leaders Helsingborgs, both of whom have graduates currently on their books.

The Blues new defender Cecil Nyoni is originally from Zimbabwe, but who has lived in the UK since age 11. Nyoni is set to feature in the Lims squad to face Drogheda Utd at Hunky Dorys Park on Friday night.

He started his professional career with Sheffield Wednesday before moving to Nottingham Forest in 2013 playing with both teams under 21 sides. He spent the second half of last season on loan with Worksop Town.

Meanwhile, Limerick FC have also announced that defender Robbie Williams has extended his contract with the club until the end of the 2014 season.

The Pontefract native joined the Super Blues before the start of this season and has been an ever present in the side, barring a period out with injury.

Blues manager Taylor said: “We’re delighted to have Robbie tied down for next season already.

“He’s been a strong steadying influence across the back for us this season, he’s a leader on and off the pitch and he’s been a great pro in terms of his interaction with the younger players, helping their progress.”

On the injury front, Shane Tracy is facing up to six weeks on the sidelines as he needs surgery on a cartilage injury.