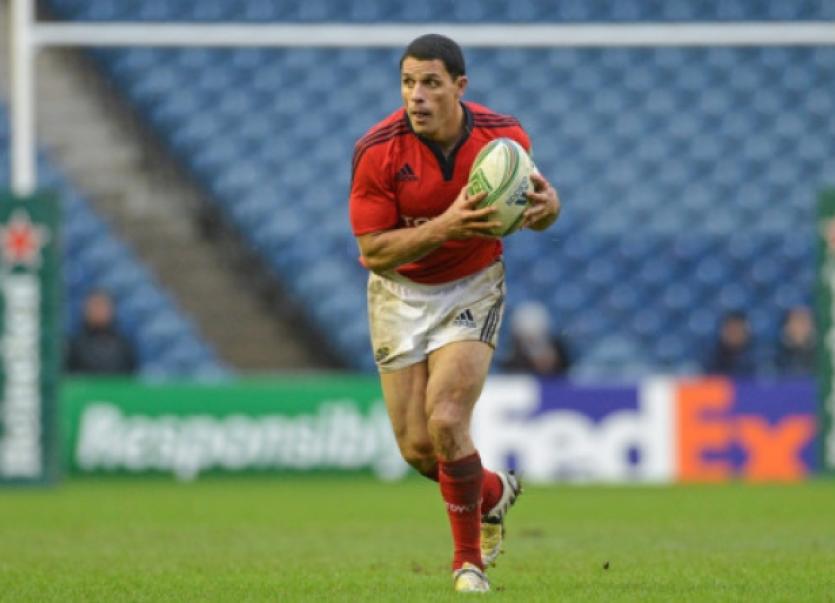 MUNSTER have been dealt a blow ahead of their Heineken Cup quarter-final with the news that captain Doug Howlett has been ruled out because of a shoulder injury.

MUNSTER have been dealt a blow ahead of their Heineken Cup quarter-final with the news that captain Doug Howlett has been ruled out because of a shoulder injury.

His place will be taken by the returning Simon Zebo while Paul O’Connell takes over once again as captain.

The Munster team is along expected lines with Donnacha Ryan returning from international duty to partner O’Connell while Peter O’Mahony returns to the backrow to play alongside James Coughlan and Tommy O’Donnell. The front row is again made up of Dave Kilcoyne, Mike Sherry and BJ Botha.

Conor Murray and Ronan O’Gara team up again in the half-backs while Denis Hurley is named again on the wing with Felix Jones at full-back and Casey Laulala and James Downey again in the centre.

There are a couple of interesting selections on the bench. Cathal Sheridan is preferred ahead of Duncan Williams while Ivan Dinneen is also included. Wian du Preez, Damien Varley, Stephen Archer, Donncha O’Callaghan and Paddy Butler are also on the bench.

Harlequins have also named their team ahead of Sunday’s game. Chris Robshaw returns to captain the side after missing last week’s Premiership loss to Gloucester while Ugo Monye and Tom Williams are named on the wings.

The game kicks off at 2pm in the Twickenham Stoop and is live on Sky Sports.