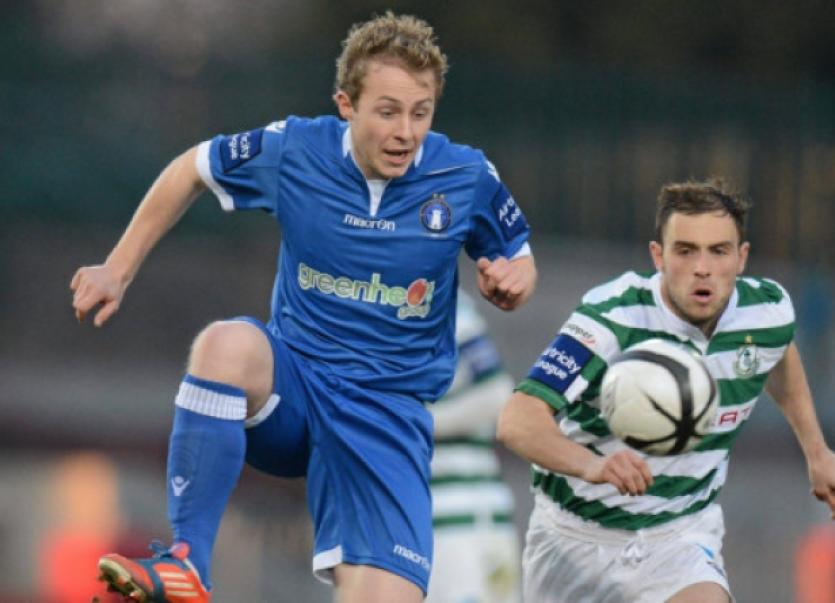 The home side dominated possession in the opening exchanges – two efforts from Vinny Faherty inside the first ten minutes ensured Barry Ryan was alert from the off. The former Galway United frontman should have opened the scoring when a fantastically floated ball from Dane Massey was headed goalward, but Ryan was equal to the effort.

Despite Dundalk’s firm grip in midfield, a poor touch from Mark Rossiter afforded Stephen Bradley time to fire a perfectly weighted through ball into Bossekota. The skillful forward made no mistake; firing low into the bottom corner to give Limerick the lead just before half time.

The second half began in much the same fashion as the first with Dundalk pressing for that elusive goal. Kurtis Byrne had the home side’s best effort when he unleashed from eighteen yards – the drive barely troubling Ryan.

In a game where Limerick deserved little, they ironically found themselves 2-0 to the good with just twenty minutes to go when Danny Galbraith’s spectacular effort struck the woodwork. Luckily, the ball fell to the in-rushing Shaun Kelly, whose volley doubled Limerick’s lead.

However, Dundalk found themselves in a similar position against Louth rivals Drogheda only a week ago. History repeated itself as three minutes later, a John Dillon cross was headed home by Dane Massey, before a John Sullivan shot was prodded past Barry Ryan by substitute Tiarnan Mulvenna. In a matter of moments, Limerick’s lead had been wiped out.

Limerick had a big claim for a penalty towards the final whistle as Danny Galbraith went down under a needless challenge in the penalty area, but referee Tomney waved play on – an all too familiar occurrence this season for the Super Blues who will be happy with a point from this clash.

Limerick now move on to seven points after seven games - and are eighth in the table.

Their next game is at home to Bohemians on Tuesday week, April 16.