Heineken Cup - When Lacey’s debut was delayed by Lady Di 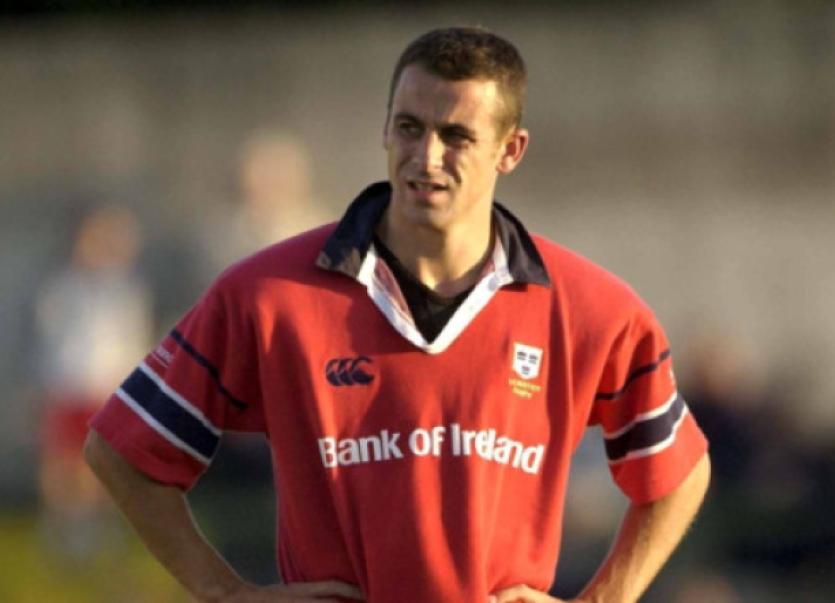 IT may seem like the most unlikely of links, but the death of Diana, Princess of Wales - 16 years ago - had a significant impact on John Lacey’s fledging Munster rugby career.

IT may seem like the most unlikely of links, but the death of Diana, Princess of Wales - 16 years ago - had a significant impact on John Lacey’s fledging Munster rugby career.

Lacey’s Heineken Cup debut for the province against English aristocrats Harlequins at the Stoop was delayed by 24 hours as a result of Diana’s death.

Lacey, now a renowned international referee, recalled this week: “I remember the game with ‘Quins at the Stoop in ‘97 very clearly. It was the week Lady Diana died. We were supposed to play on a Saturday. The funeral was on that day and as a mark of respect, the match was delayed 24 hours. We stayed an extra day in London.

“As a mark of respect, we came out onto the pitch side by side with the ‘Quins players wearing black armbands. Declan Kidney, very kindly agreed to the gesture, which was the right decision as a mark of respect. That summed Declan up - a real gentleman. I will never forget it.

“The game stands out for a whole lot of reasons for me. Growing up with Alan (Quinlan), we played at Clanwilliam together and then on into Shannon and we both made our Heineken Cup debuts that day against ‘Quins. We both scored tries too. It was a very special day.”

Lacey’s Heineken Cup debut on the Munster wing ended in a thrill-a-minute 48-40 defeat for the province in a free-scoring, 11-try fest.

The subsequent four pool fixtures against Bourgoin and Cardiff that autumn yielded just one success for Munster, a 17-15 home win over the French side in September when Lacey bagged the match-winning try, before the return game with star-studded ‘Quins, led by captain Keith Wood, at Thomond Park. Matchday, October 12, was Lacey’s birthday.

Lacey, who made his Munster debut against Transvaal in December ‘95 recalled: “Keith Wood was playing that day for ‘Quins at Thomond Park. I recall Mick Galwey hitting him a slap in the jaw at one stage up beside on the wing. There was some great banter afterwards about Gaillimh getting Woody with a peach of a smack. It was funny.

“Quins had a lot of superstars in their side, the likes of Will Carling, Thierry Lacroix, Jason Leonard and Laurent Cabannes. Back in the day they were synonymous with having a lot of money. They were multicultural, boasting players from all over the world in their team. It was very unusual.

“My memory of the game are of Eddie Halvey making a break for Rhys Ellison’s try. I remember we won 23-16. It was a great occasion.”

Mike Lynch, a physical education teacher at St Clement’s College, made his Heineken Cup debut in the ‘97 clash with Harlequins at Thomond Park.

Current Bruff RFC head coach, Lynch recalled: “At the time I was playing AIL with Munsters and that was the third year of the Heineken Cup. We were watching Munster’s first game of the Heineken Cup against Swansea in ‘95 and were thinking we played every Saturday against all of these guys. As the competition emerged, you had Wasps and Harlequins coming to Limerick.’Quins were one the biggest games because there were so many well known, world rugby figures playing for them.

“I was lucky to be picked for the home match with ‘Quins. They were going for qualification. Beforehand a lot of people would have said we had no chance, which was exactly what we wanted to hear. We saw the opposition with big targets on their chests. We wanted to make a statement here, that Munster had arrived.

“The guys I was most interested in facing were Will Carling and Johnny Ngauamo, their centres. Ngauamo had played in the Super 12 final with Auckland the previous year. He was a superstar. They didn’t get a ball that day. They got hammered. I remember our centre Rhys Ellison smashing Ngauamo. Carling was my opposite number. He is a hell of a lot bigger in the flesh than you might think.

“I remember being knackered and the crowd roaring and it lifting you. Every player did something crucial at a vital time, a tap tackle, a blockdown, a steal. It was a rollercoaster, but the result went our way. It was a great occasion. I was awarded a contract subsequently and was delighted to get it.”

John Lacey was one of 25 players with part-time contracts at Munster as the game went professional. Now a top class international referee, Lacey has no regrets about his decision not to go become a full-time rugby player.

Lacey explained: “Back in those days we had 25 guys the season before on part-time contracts and five guys on full-time contracts. So basically 25 of us all worked and the likes of Mick Galwey, Gabriel Fulcher, Peter Clohessy, Dominic Crotty and someone else were all full-time on IR£25,000 a year and the rest of us were on IR£7,500 plus match fees back in the day.

“Then it went 25 full-timers and five part-timers and I stayed working which eventually caught up with me because the gap between myself and the full-timers just got wider and wider. I was working for Statoil as a rep after I left the bank and I thought life was great. In 1999, a job I always wanted, to work professionally in a sporting organisation, came up and I was successful in my application to be a rugby development officer.

“There were only 14 in the country back then.

“Thankfully, I am still in the job and love going to work every day. I have no regrets that way.”

While Munster prepare for Sunday’s clash with ‘Quins, Lacey will take charge of the meeting of Biarritz and Gloucester in the Amlin Challenge Cup this Thursday night.