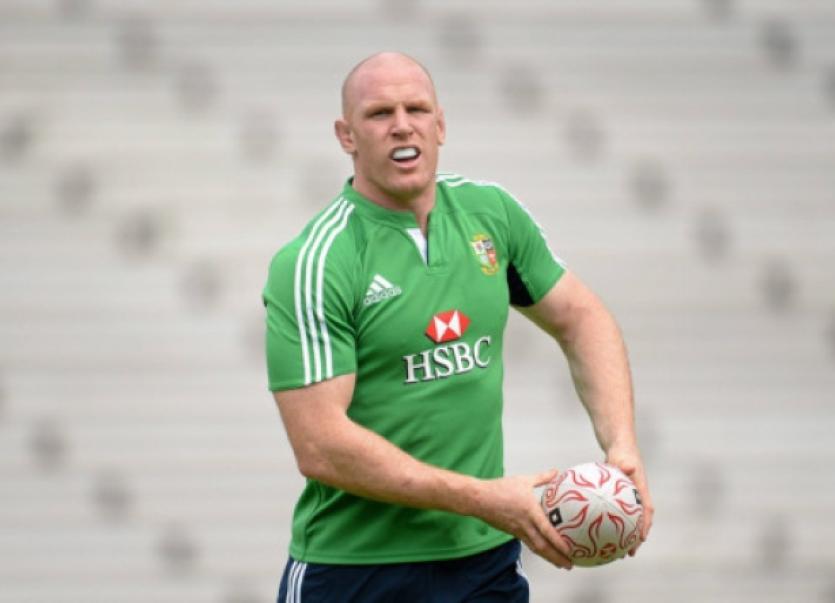 LIMERICK’S Paul O’Connell will captain the British and Irish Lions in their tour opening clash with the Barbarians in Hong Kong this Saturday (12.30pm Irish time).

LIMERICK’S Paul O’Connell will captain the British and Irish Lions in their tour opening clash with the Barbarians in Hong Kong this Saturday (12.30pm Irish time).

O’Connell’s Munster team-mate Conor Murray is listed on the replacements bench for this weekend’s opening game with a Barbarians side which includes Munster centre Casey Laulala in their starting line-up.

Paul O’Connell is one of six former Lions included in the squad for Saturday’s game, the first fixture in a 10-match tour. He joins Adam Jones, Mike Phillips, Jamie Roberts, Alun Wyn Jones and Jamie Heaslip, all of who played in the opening game four years ago.

“I’m really excited by the first selection of the tour. Naturally it comprises largely those players not involved in last weekend’s Aviva Premiership and RaboDirect PRO12 finals and we’ve a lot of players making their debuts for the Lions,” head coach Warren Gatland said.

“At the same time we have a hard core of experience with the six former Lions sharing 430 caps between them and 19 Lions Tests. There are also some proven combinations such as the Welsh centre pairing and back row.

“Some of the boys who played last weekend are on the bench as cover and generally everyone in the camp is raring to go.”

The game at the Hong Kong Stadium will be the first the Lions have played in Asia and the second against the Barbarians. The two teams last met at Twickenham Stadium in 1977, a game which was won by a Lions side containing current tour manager Andy Irvine and Barbarinas team manager Derek Quinnell.