Limerick FC look for first win of the season 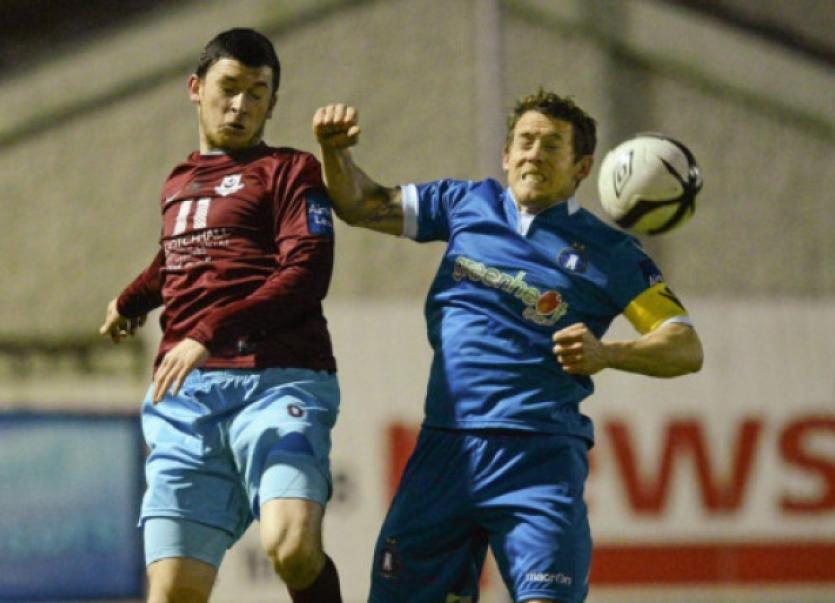 LIMERICK FC will aim to get their first win of the league season in Thomond Park tonight when they take on UCD side at 7.45pm.

LIMERICK FC will aim to get their first win of the league season in Thomond Park tonight when they take on UCD side at 7.45pm.

Stuart Taylor’s Limerick side have drawn their first two games - 0-0 against Cork City in the opening round and 2-2 in dramatic tie in Drogheda last Friday - and a win would set them up nicely ahead of the trip to play champions Sligo Rovers next Saturday.

Limerick will be without the suspended Axel Bossekota and latest signing, central defender Aaron Brown - both of whom were sent off against Drogheda - but they could welcome back Pat Purcell and Shaun Kelly who were suspended for the opening games.

“I was delighted with the attitude and application of the lads away to Drogheda United on Friday night,” said Taylor, who himself was also red carded for remonstrating with the officials.

“They showed great spirit in what proved to be a very difficult game. The way we played was excellent and I am really proud of all of them. We have a very difficult game on Tuesday night at home to UCD and we will need to play really well against a team that like to get the ball down and play. I have known Martin (O’Connor, UCD manager) for a long time and his teams always like to play good passing football, so I know we will get nothing easy on Tuesday evening in Thomond.

“The supporters will have their part to play and if they are anywhere near as good as they were when we played Cork in our opening game it will be a huge boost for the team.”

UCD have lost their opening two games of the season - 2-1 away to Bohemians in the opening round and 6-0 at home to Derry City last weekend - and are currently at the bottom of the table. They include former Sexton Street CBS goalkeeper Ger Barron.

Check out www.limerickleader.ie tonight for a report on the game while we will have report and player ratings in the Wednesday print edition of the Limerick Leader