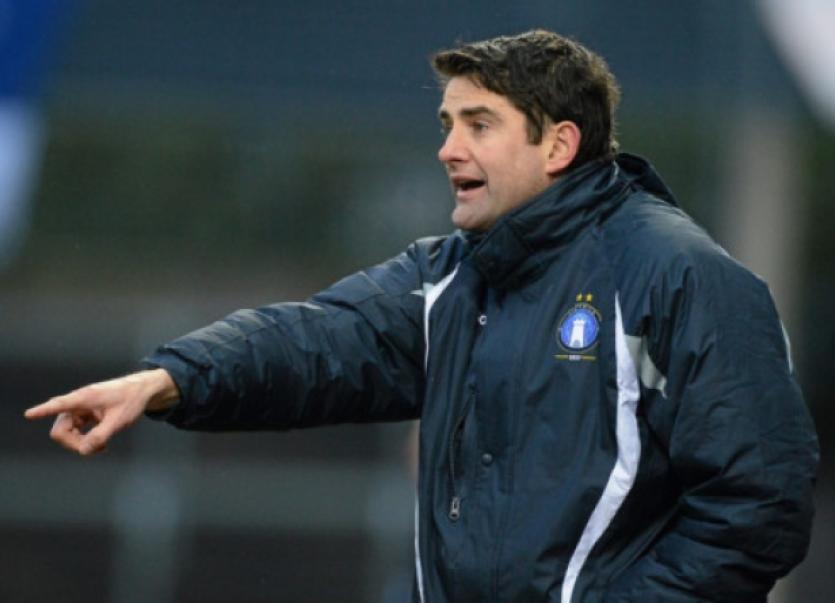 Eighteen year-old Rainsford, a member of Limerick’s U-19 squad and a product of Fairview Rangers’ renowned schoolboy nursery, pounced in the 14th and 30th minutes to fire the Blues to their first win since their return to the Premier Division.

Limek FC coasted to victory with a Dave O’Leary strike helping Stuart Taylor’s side into a commanding 3-0 interval lead before an official attendance of 1,712.

Realistically, if Limerick want to consolidate their position in the top flight this season, then a mid-week home fixture against a struggling UCD side is as close to a ‘must-win’ fixture as one will get. On the back of two early defeats – including a 6-0 thumping at the hands of Derry City on Friday – UCD were ripe for the taking and Stuart Taylor’s side enthusiastically grabbed the three precious points on offer.

Far greater tests lie ahead, including a glamour meeting with champions Sligo Rovers, who currently sit on top of the table, at the Showgrounds this Saturday night (7.45pm), but manager Taylor will be encouraged by a return of five points from the opening three fixtures.

Limerick made the perfect start to the game when Danny Galbraith set up Rainsford, who has appeared as a used replacement already this season, and his attempt on goal flew into the net in the 14th minute, looping over UCDs stranded ‘keeper Mark McGinley following a wicked deflection.

The home side increased their advantage three minutes later when midfielder Dave O’Leary fired home through the legs of students’ keeper, McGinley.

And Limerick’s night got even better just after the half hour mark when a poor back pass created a shooting opportunity for Chris Curran, who recently joined the Blues on loan from Rochdale. When Curran’s attempt on goal was cleared off the line, Rainsford was on hand to finish.

The first half ended on a disappointing note for Limerick as goalscorer O’Leary was stretchered off with a nasty looking injured, before being replaced by Stephen Bradley.

Just as Limerick appeared set to stroll through the remainder of the game, the home side conceded their first goal at Thomond Park when Garry Burke ghosted onto a through ball, before smacking the ball past Barry Ryan.