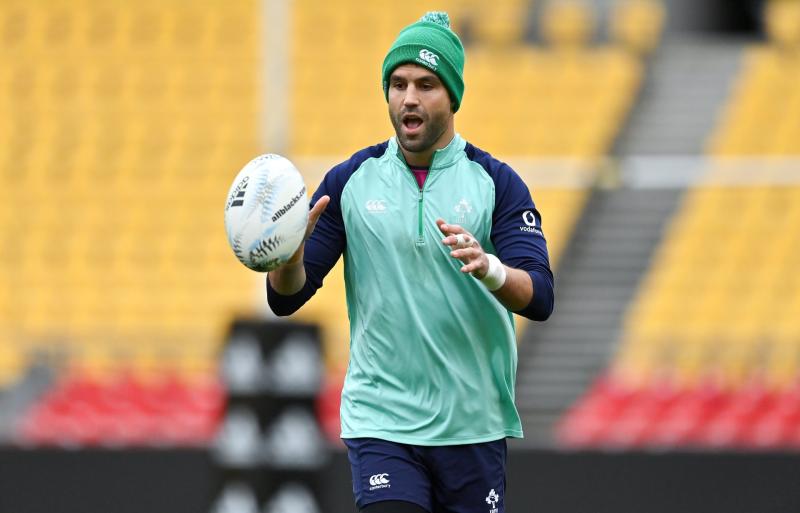 Limerick's Conor Murray among the replacements once again

THERE is one change to the Ireland team for the series decider against New Zealand at the Sky Stadium in Wellington.

Kick-off this Saturday is 8.05am Irish time for a third Test that be broadcast live on SKY television and RTE radio.

Bundee Aki comes in to the centre for the injured Garry Ringrose and partners Robbie Henshaw in midfield.

Johnny Sexton, who celebrated his 37th birthday this week, leads the team as he wins his 108th cap, equalling Paul O’Connell’s tally for Ireland.

Conor Murray and Keith Earls are both among the replacements - Murray hoping to his win 99 caps, with Earls just one behind the scrum half.

Captain Sexton will again be partnered by Jamison Gibson-Park in the half-backs with the back three of Hugo Keenan, Mack Hansen and James Lowe retained.

The pack from the first two Tests lines out again in the final game of the tour with Andrew Porter, Dan Sheehan and Tadhg Furlong in the front row and Tadhg Beirne and James Ryan at lock. Peter O’Mahony is at six, Josh van der Flier at seven and Caelan Doris is named at No.8.