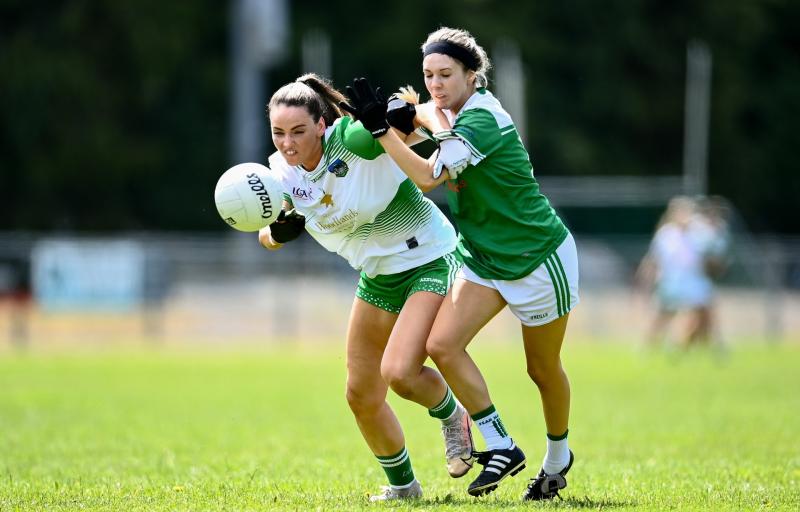 DEFEAT for Limerick in the semi finals of the TG4 All-Ireland Junior Ladies Football Championship this Sunday afternoon.

Limerick started well but then trailed 3-6 to 2-6 at half time in the home ground of Roscomon's St Brigids GAA.

The Graham Shine managed Limerick raced from the traps and had 1-3 scored before Fermanagh got on the scoresheet.

Mairead Kavanagh set the ball rolling from the throw-in with a point inside 30-minutes.

Catriona Davis and Cathy Mee almost had points in the opening period.

The key early score for Limerick was a third minute goal - Amy Ryan crashed a shot off the crossbar and Davis palmed the rebound to the net.

That left it 1-3 to no score and just about five minutes played.

It was Sarah Britton that finally opened the Fermanagh account but Cathy Mee (free) replied instantly to maintain the Limerick lead.

Fermanagh then grew into the contest.

At the mid-point of the half came the first Fermanagh goal - Blaithin Bogue. When Iris Kennelly pointed it was 1-5 to 1-3.

Limerick then went 16-minutes without a score as Fermanagh's 12-point turnaround was soon complete.

Iris Kennelly (crossbar) and Lauren Ryan (saved by goalkeeper) went close to Limerick goals across the 16-minutes but then up the field went Fermanagh and found goals of their own.

Eimear Smyth points kept the scoreboard ticking over for the Ulster side and then came two goals that saw Limerick trail for the first time.

The Laura Grew and Smyth (penalty) goals left it 3-5 to 2-5 to Fermanagh and just about five minutes to half time.

Limerick needed a response and it came in the form a timely goal. It was captain Roisin Ambrose that broke forward and when she passed to Kennelly, who calmed beat the goalkeeper.

A Mee free then left it a two point game before Smyth concluded the first half as Limerick went to the interval dressing room a goal in arrears.

Just like the first half, Limerick got early second half scores - Davis and Kennelly with points to cut the deficit to a single point.

Then Limerick lost wing back Leah Coughlan to a 10-minute yellow card offence.

There was a great rearguard action from Limerick in this spell but eventually the Fermanagh pressure paid off when Cliodhna McElroy.

That opened the floodgates opened and Blaithin Bogue had their fifth goal to help them move 5-7 to 2-8 ahead with just over 10-minutes to play.

A Katie Heelan point ended another 16-minutes without a Limerick score.

Heelan then turned provider for Mairead Kavanagh to score a much needed Limerick goal.

Alas, Fermanagh hit back instantly with a Grew goal.

Mee and Kennelly had late Limerick points but there was no dramatic comeback.

In the four minutes of injury Eimear Smyth completed her hat-trick of goals to copper-fasten Fermanagh's route to Croke Park where they will play Antrim in the final.