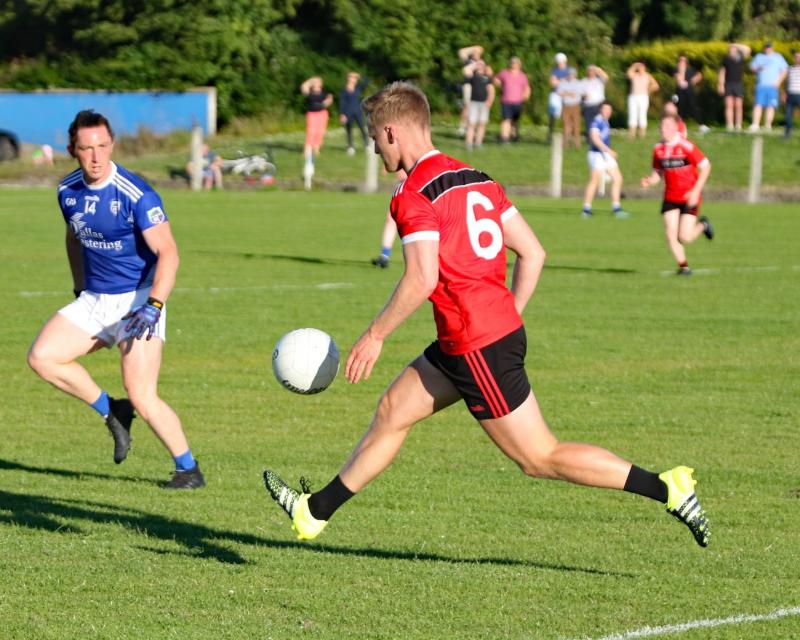 THERE were three games in round two of the Irish Wire Products Limerick SFC this Saturday evening.

And, all three round one winners were again victorious - Adare, Newcastle West and St Kierans, leaving Kildimo-Pallaskenry, Oola and Ballylanders all without a point ahead of a mini break for inter-county and club hurling action.

Adare were 1-13 to 0-13 winners over Kildimo-Pallaskenry in Rathkeale.

Adare scored five of the last six points to ensure the victory.

Dylan Corrigan and Peter Nash points cut the lead and then Paudie Hartigan had Kildimo-Pallaskenry 0-11 to 1-7 ahead inside the final quarter.

But Adare finishing strongly with Hugh and Robbie Bourke among the scores.

In Kilmallock, Newcastle West were 2-9 to 0-8 winners over Oola.

In the second half, it was level for a fifth time entering the final quarter; 1-4 to 0-7.

Oola were to score just once - Daly - in the final 22-minutes of action. They also had Josh Ryan sent-off 10-minutes from the end for two yellow card offences.

Up the other end, McMahon and Eoin Hurley had points before Bryan Nix had their second goal deep in injury time.

In Ballyagran, St Kierans staged another late fight back to snatch victory from Ballylanders; 2-9 to 2-8.

Then an Eoin O'Mahony goal edged the south Limerick side 2-7 to 1-3 clear seven minutes into the second half. Ballylanders didn't score in the final 20-minutes of action.

It was 2-8 to 2-4 10-minutes into the second half with Liam Kennedy and Anthony Molyneaux goals. Then St Kierans edged ahead for the first time in injury time with John Hayes scoring the winner.

* See the print edition of the Limerick Leader for full match reports.