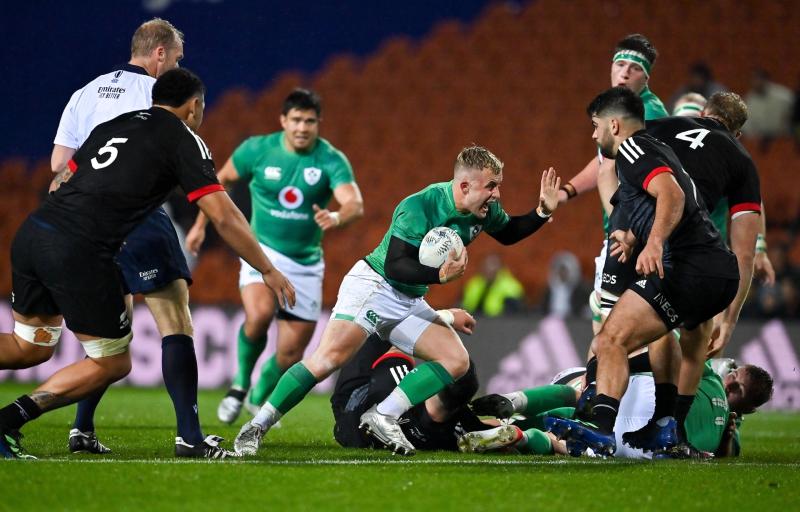 Ireland's Craig Casey makes a break during the match between the Maori All Blacks and Ireland at the FMG Stadium in Hamilton, New Zealand. PIC: Sportsfile

IRELAND suffered a 32-17 defeat to the Maori All Blacks this Wednesday morning in the opening game of the New Zealand Tour.

Attention now turns to Saturday when The Test series begins in Auckland when Andy Farrell's Ireland battle it out with New Zealand in Eden Park. Kick-off is at 8.05am Irish time.

In this opening game of the tour in Hamilton, the home side did all the damage in the opening half when leading 33-10 at half time.

In the first half, full back Sullivan scored the opening try on 16-minutes for the hosts.

Within five minutes captain Bundee Aki charged through for Ireland's opening try. Then  Ciarán Frawley's conversion edged Ireland back in front at 10-8.

Shaun Stevenson and Brad Weber tries left it 25-10 with half time approaching.

Then just before the interval, Cullen Grace added a fourth Maoir try.

Ireland, who were let down by a high penalty count, grabbed the only score of the second half through a Gavin Coombes try.