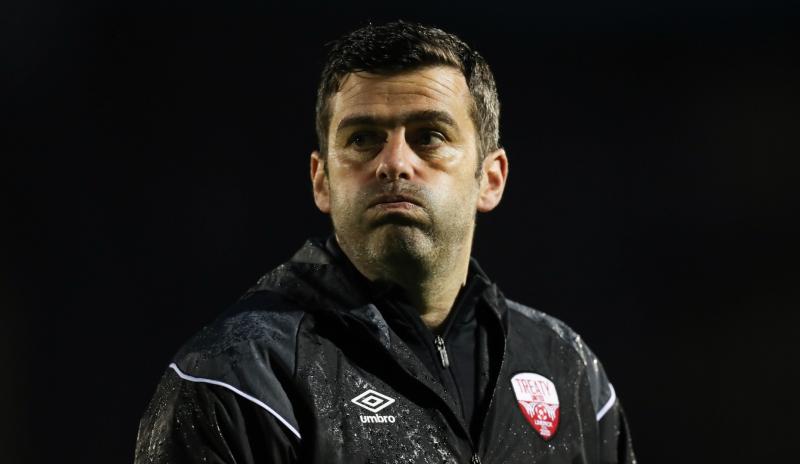 The result maintains Treaty’s spot in fifth place, though Wexford have closed the gap with nineteen games now played.

It is a ninth draw of the season for Tommy Barrett’s side, including a fifth scoreless tie. Treaty’s lack of creativity was on show here, but so too was their defensive quality, despite the absence of Joe Gorman.

The Treaty boss welcomed Enda Curran into the lineup while Conor Winn retained his place in goals, the pair among six former Galway players in the Treaty starting XI.

In a forgettable opening half, Winn was called into action for a number of crosses early on, while he had to be sharp to parry a driven Alex Murphy effort away.

Treaty forced two minor openings, Jack Lynch forcing a save from Conor Kearns after 13 minutes while Enda Curran barely worried the ‘keeper with his effort on the stroke of half-time. The first half was overall a dour affair, with neither side playing with the impetus required to take a crucial lead.

Ronan Manning hit the outside post in the 50th minute, with Winn stranded. Killian Brouder drew a fine stop from Winn soon after. Manning was also denied with an effort from 16 yards. Winn showed his worth throughout the half and frustrated Galway supporters when slowing the pace of this contest late on.

Alex Murphy had a last gasp chance for the hosts, but fired into the side netting. Overall, while Treaty didn’t offer much in attack, they will be satisfied with their defensive showing against the division’s sharpest attack.

It is a welcomed point for the Limerick outfit and it helps Cork City climb to the top of the table – who Treaty welcome to the Markets Field on Monday evening. Barrett will be hoping to improve against the Rebels, having suffered three defeats against the promotion hopefuls already this season.