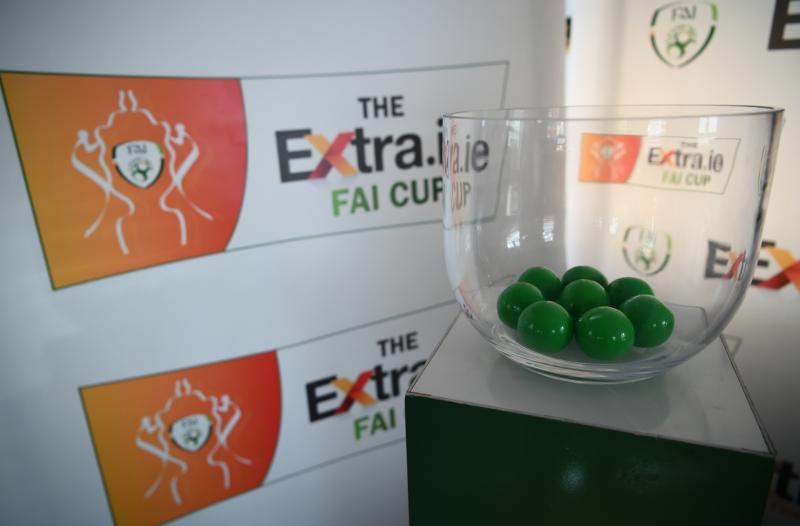 THE draws have taken place today for the first round of the 2022 Evoke.ie FAI Women’s Cup and the Extra.ie FAI Men’s Cup.

Limerick will be represented by both Treaty Utd and Pike Rovers in the Extra.ie FAI Men’s Cup and by Treaty Utd in the Evoke.ie FAI Women’s Cup.

In Extra.ie FAI Men's Cup, Treaty Utd secured a home tie against Usher Celtic of Dublin, while Pike Rovers will be away to Donegal side Bonagee United. Round one ties are to be played on the week ending July 31.

In the Evoke.ie FAI Women's Cup, Treaty Utd are away to DLR Waves in round one - to be played on the week ending July 10.

FAI President Gerry McAnaney was joined by Irish women’s team legend and FAI Centenary Hall of Famer Paula Gorham for the women’s draw while Dick O’Hanlon, who refereed the 1997 FAI Cup final between Shelbourne and Derry City, was alongside Gerry for the men’s draw.

Speaking on behalf of sponsors Evoke.ie and Extra.ie, DMG CEO Paul Henderson said: “We are honoured to continue our sponsorship of both the Extra.ie and EVOKE.ie FAI cups which represents a decade of support of the FAI. We are delighted both the men’s and women’s draws are taking place on the same day, giving the Women’s cup the equal status it deserves. This is the first time it has happened in this, the oldest Cup competition on the FAI’s calendar, so it’s an exciting time for women’s football and something we’re very proud to be part of.”

League of Ireland Director Mark Scanlon remarked: “The draw for the first round of both the EVOKE.ie FAI Women’s Cup and the Extra.ie FAI Men’s Cup is always a time of great excitement for supporters of all Women’s National League and League of Ireland clubs. We were delighted to host both draws at FAI HQ today and look forward to some really exciting games in both competitions in July.”

Football Association of Ireland CEO Jonathan Hill commented: “As always we thank Paul Henderson and everyone at EVOKE.ie and Extra.ie for their ongoing support of our senior women’s and senior men’s cup competitions, two of the most iconic competitions in Irish football. EVOKE.ie and Extra.ie are market leaders in Ireland and like us are committed to a digital future that best serves Irish football.”

As part of the first-round draw, the FAI have confirmed the dates for the two finals with the final for the Evoke.ie FAI Women's Cup set for Sunday, November 6, with kick-off at 3pm at Tallaght Stadium.

The Extra.ie FAI Men's Cup final will take place a week later on Sunday, November 13, with kick-off at 3pm at the Aviva Stadium.