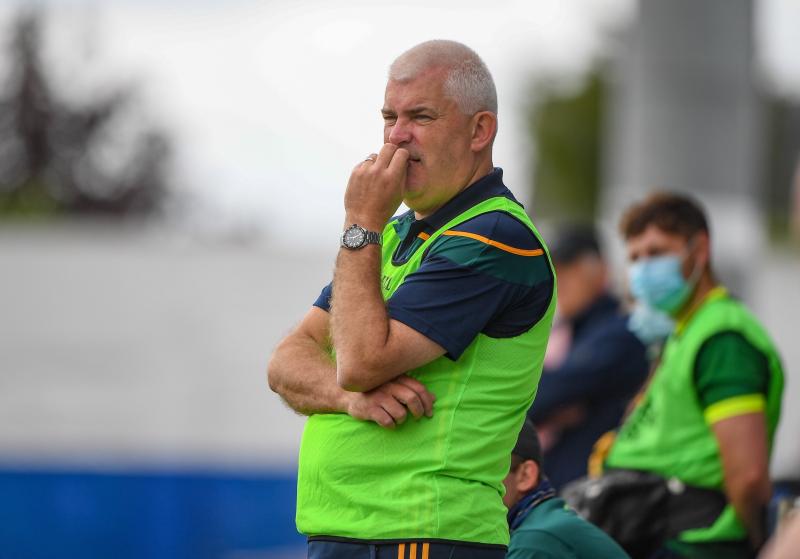 SAVOURING the sweet smell of success after watching Offaly strangle the life out of Laois in the Leinster Minor Hurling Championship final, manager Leo O'Connor was quick to turn his attention to the All-Ireland semi-final in a months time – Offaly will meet either Clare or Galway in that.

The Limerick man was over the moon at Offaly's 0-21 to 0-13 win over Laois as they won their first Leinster Minor Hurling Championship title since 2000. Two points ahead at half time, 0-9 to 0-7, Offaly took a vice like grip on the game in the second half. Displaying an energy sapping work rate all over the field and winning most of the individual battles, they pulled away for a very convincing win.

“Absolutely, one of those occasions where everything goes to plan. It is just one step on the stairs though. We are going for an All-Ireland semi final now and that is the most important thing.

“Absolutely over the moon for these lads. I know what hey have put in and how hard they have worked but it is only one step on the ladder. It is absolutely brilliant for the county. When these opportunities become available to you, you have to take them but we will get them in, get them grounded and go again. We said it to them, boys become men tonight and tonight is the night where a lot of them grew up and matured a hell of a lot. A lot of them are doing their Junior Cert and have a big June ahead of them.”

“We played against the wind all year long and we knew bringing Dan back as a sweeper, getting it settled and working our way into the game, we knew we had the work rate and it showed. We just took our opportunities.”

He was asked about fantastic work rate Offaly showed.

“That is the level you have to go to. It is extraordinary for that level to get the work out of them lads. You see how hard they worked, going down cramping. They gave every ounce for Offaly hurling tonight and you can only compliment them. They stayed going.”

Several players went down with cramp in the second half and he smiled:

“It is something we have to look at. That is the way it is. You can see the intensity there and the Laois boys started to go down as well. People don't realise, this is minor, they played in front of 12,500 people plus kids. It is just unbelievable. You see what it did for Offaly tonight. It is all about hurling at the end of the day and once you see young lads hurling like that, it is a joy to behold.”

Laois took a number of short puckouts in the first quarter before Offaly tightened up on them and then pushed up completely in the second half.

“It is something we worked on. We wanted to try and isolate certain people to get different puckouts. We knew when they were going long, it wasn't working so when they started going short, we just tightened up on that and at the start of the second half, we totally pushed up on them. These things happen in games and you have to read the game as it goes along the whole time.”

At what stage did you think that Offaly would win?

“I suppose 7-8 minutes to go when we went seven points up. It was always going to be tough. The lads have to get back down to earth now and we have to do a recovery session some time tomorrow night and get them grounded. We go again”

He spoke about their defensive brilliance.

“That was a tribute to our work rate. Our defence came out with ball after ball, they hooked and they blocked. They did everything that was asked of them.”

It was a magical occasion with 12,500 in attendance and busloads of school children brought to the game from all over Offaly and Laois. O'Connor praised the GAA for their initiative.

“It was a great occasion and fair play to the GAA and our sponsors for sponsoring buses to get the school kids over here tonight. One swallow never made a summer and there are other things to be done later in the year. We have a break of three or four weeks now so we have to look ahead for that. We take every game as it comes, one step at a time.”

He was the manager when Offaly lost to Kilkenny in the 2020 Leinster minor hurling final, played in 2021 and he grinned: