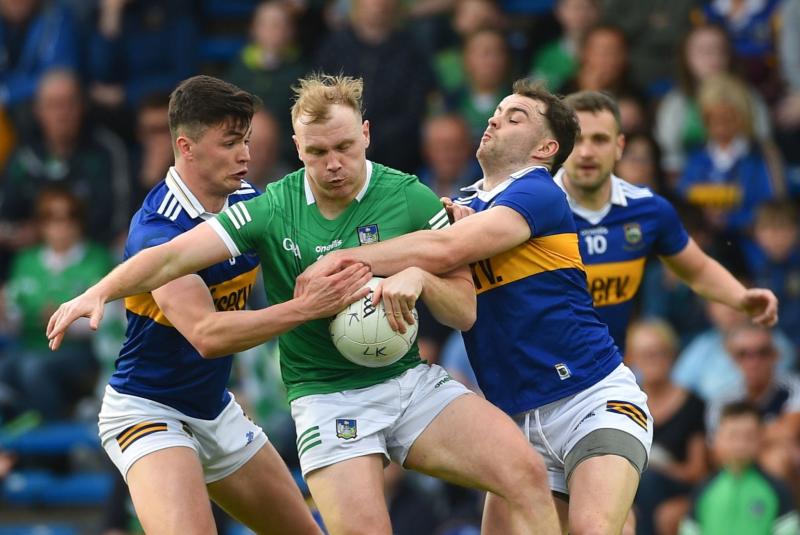 Billy Lee's side defeated Tipperary in FBD Semple Stadium 2-10 to 0-10 in this provincial semi final.

The wins over Clare and Tipperary advance Limerick into a first Munster SFC final in 12 years.

Limerick now play Kerry in the decider in Fitzgerald Stadium in Killarney on Saturday May 28 at 3pm.

This victory in Thurles secured Limerick's first back-to-back Munster SFC wins since 2009 and that was despite kicking 10 wides - seven more than Tipperary.

In the low-scoring half the sides also evenly shared six wides - all four Limerick scores came from play, while Tipperary had a return of 50% from play from their six scores.

And, all had started so well with Cillian Fahy pointing for Limerick after 12-seconds!

But Tipperary were soon enjoying a greater share of possession and went 0-2 to 0-1 ahead within 10-minutes.

Then came the all-important goal from Josh Ryan - the big full forward finishing to the net from close range after Brian Donovan's initial shot was saved after Cian Sheehan and Darragh Treacy had combined to create the opening.

When Fahy added his and Limerick's second point from play, it was a 1-2 to 0-2 lead for the men in green and the semi final just shy of the mid-point in the opening half.

After the back-to-back scores Limerick then went 18-minutes without a score.

While defensively Limerick were strong, Tipperary found their way through for a hat-trick of points to tie up the game 0-5 to 1-2.

Finally it was Hugh Bourke that ended the Limerick wait for a score when he clipped over from a tight angle.

That score looked set to send Limerick to the interval dressing room in front, but corner back Shane O'Connell levelled proceedings in the final seconds of the three minutes of injury time.

After a sometimes ponderous first half, Limerick's play was crisper from the outset in the second half.

Josh Ryan pointed a fourth minute free but then the lead should have been extended but for three successive wides and the third could very well have been a goal when Hugh Bourke was played through on goal only to slip his low shot just outside the post.

Adrian Enright did put two points between the teams.

However, the wides proved costly when wing back Sean O'Connell and Kennedy (free) had Tipperary points to level once again by the 51st minute mark.

The Tipperary fightback appeared to stun Limerick into action.

Sub Robbie Bourke pointed with his first touch and then came Limerick's second goal and what a fine score it was. Cian Sheehan played Brian Donovan through the middle and the Monaleen man crashed to the net.

The lead was out to five points when Fahy fisted over a third point for the midfielder.

And the eventual winning margin would be six points with Robbie Bourke kicking late points.