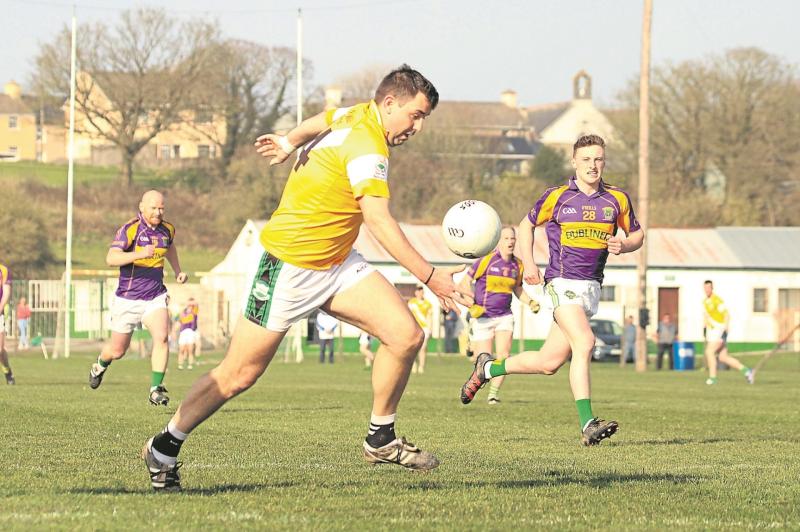 KNOCKADERRY hosts the replay of the Munster Junior B Football Final this Saturday at 2.30.

The drawn final back on March 26 finished 1-7 to 0-10 with the Cork side scoring the final five points to ensure a replay.

In the drawn final, Denis O'Connor's two points for the Limerick side had them 0-3 to 0-1 to the good. And when the next ball came back, it found its way to Keith O'Kelly, who offloaded to O'Connor to blast to the net.

Two Cork frees either side of Jack Cagney's reply narrowed Granagh-Ballingarry's lead to five points, 1-5 to 0-3 at half time.

The Knockfierna side kept up the pressure on the restart but Cagney's free was their only reward against a tightened defence as Randal Og battled back.

Damien O'Donovan added another score for the West Limerick side but then the Cork champions found a run of points to ensure the replay.

Five time county junior B champions, Saturday will be a second Munster final for the side in black and green. Back in 2010 they lost to Tralee’s Na NGaeil 1-12 to 1-6 in this final.

On Saturday, will be the 14th staging of the junior B football competition run by Knockaderry. Granagh-Ballingarry and Randal Og both seek a second ever title for their county in a competition dominated by Kerry.

Granagh-Ballingarry are looking to follow in the footsteps of 2017 winners Ballybrown.

The Limerick side are managed by Shane O'Grady, Mark O'Sullivan and Andrew Holmes.